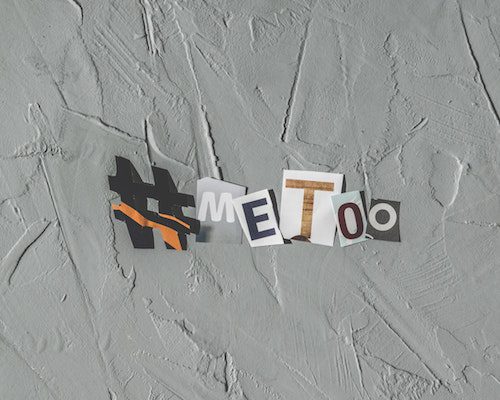 From industry news, trends, brand cock-ups and wins, through to historical social media anniversaries and deaths. This is our social media 2018 review….

Although its origins stemmed from 2006, late 2017 saw the rise of the #MeToo movement, and it showed no sign of stopping into the new year.  Actress Alyssa Milano had encouraged people to speak out about sexual harassment to "give people a sense of the magnitude of the problem.” After the breaking of the Harvey Weinstein scandal, the hashtag gave victims a platform to come forward and showed the true power of social media in the modern age to help unite people across the world. As we near the end of the year, #MeToo is the top trending advocacy hashtag of 2018.

Or was it? Running out of the ingredient that constitutes 90% of your menu causing the closure of 575 out of 900 stores for over a week, on paper, sounds pretty bad; and it was. Chicken enthusiasts took to Twitter to vent their fury at the lack of poultry pleasure in their palates.

Heading for a PR nightmare, someone in the KFC marketing department is probably reaping the rewards of a handsome Christmas bonus right now after coming up with this gem of an advert as way of an apology. 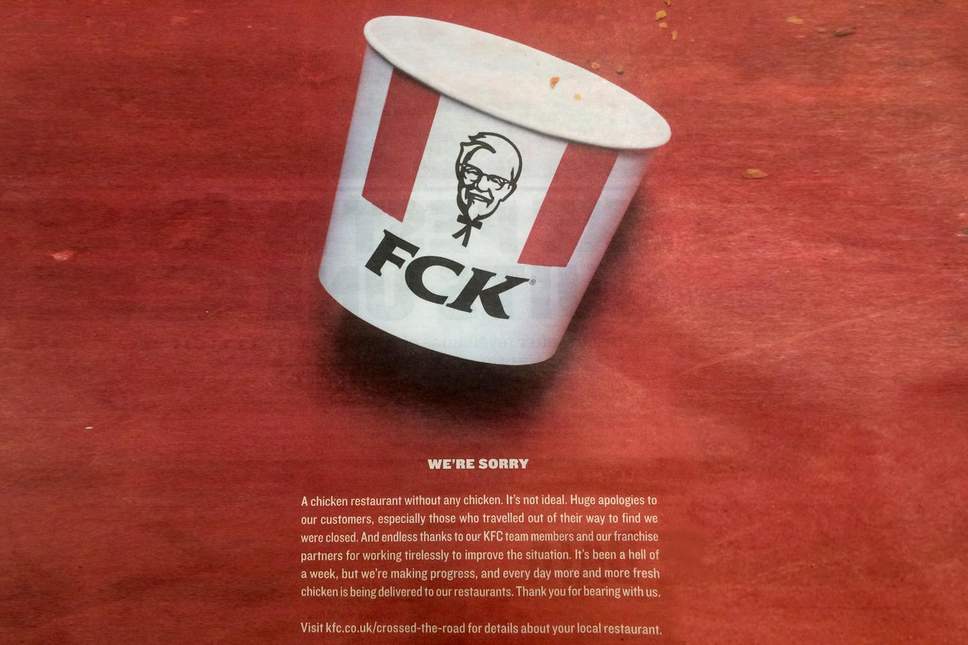 The gravitas of what this meant for personal data use and regulation is still being recognised as I write this; with the reverberations being felt cross vertical and cross media. Piled with May’s GDPR regulation coming into force, 2018 saw the biggest shake up in personal data use in history.

Cutting through the endless legalese that goes with data regulation and somewhat ignoring the severity of the situation. On a surface level of annoyance, it sort of just meant a lot more pop ups and the occasional gem of a Tweet.

Marketers now have to work with better controlled data in order to stay within compliance, meaning smaller pools of contact lists to work with, but on the flip side, communications are more relevant to the recipients so the retraction in volume should indecently mean higher engagement levels.

Keeping up the data regulation theme, April saw the news that Instagram’s API was changing, meaning that data could no longer be collected on targeted hashtags. Some unauthorised apps lost their ability to connect to Instagram through the API and Instagram bots officially died, meaning no automated account following and unfollowing. It was also necessary to switch to a Business Account in order to glean the analytics from your profile.

Instagram Influencer marketing investment continued to skyrocket through 2018. Right at the top of the pile, this ‘rich list’ has some eye watering cost per post figures attributed to the like of Kylie Jenner, Cristiano Ronaldo and, Beyonce, to name just a few.

May – Laurel and Yanny

To take a break from all the serious stuff. May rendered some randomness and a debate on auditory perception. Any guesses?

It was also an apt reminder of the virality of content not only entertains, but sparks debate and polarises an opinion. The simplistic nature of a two-option argument, such as #TeamLaurel and #TeamYanny, makes this content easy to digest and participate with, much like the blue, black, gold dress debate of 2015.

The football Gods decided to look down favourably on a country bereft by underachievement on the football pitch at Russia 2018 by giving us 3 weeks of beer soaked euphoria between June and July. With the weather resembling Lagos more than London, England fans packed beer gardens with growing optimism; fuelled with a tongue in cheek chant and subsequent hashtag from a 1996 song entitled ‘Three Lions.’

Starting off with zero mentions at the beginning of the competition, the hashtag #ItsComingHome grew in popularity as the competition, and England, progressed, peaking at 45,831 mentions for England’s quarter-final game with Sweden (7 July) then 48,864 on the day of their elimination to Croatia (11 july)

Apparently, the Croatian team didn’t see the irony in the hashtag’s meaning and used it to fire up the team before their crunch semi-final with England. Oh the irony of your own ironic chant being the death of your largely unexpectedly, successful world cup campaign. Only in England!

August saw the 11th anniversary of the use of the first ever hashtag. Not a bad idea Chris Messina, not a bad idea at all. Although he did call it a ‘pound’ which doesn’t really have the same ring to it.

how do you feel about using # (pound) for groups. As in #barcamp [msg]?

Nike split social media opinion in September with its commercial fronted by NFL player Colin Kaepernick, that paid homage to the 30th year anniversary of the brand’s ‘Just Do It’ slogan. The quarterback had protested racial injustices in the States by kneeling during the national anthem played before games.

Some came out in support of Nike and Kaepernick’s courage in tackling the issue, whilst the #JustburnIt hashtag was born out of disgruntled Nike product owners who saw it as unpatriotic. Here are the peak post volumes for the hashtags in relation to the campaign along with the days they peaked:

Myspace’s uglier brother, Google plus, has finally kicked the bucket. The news that Google + would cease to exist come August 2019 probably didn’t come as a shock to many people. Google’s attempt to launch a competitive social media network to Facebook never really took off.  Its closure has since been moved from August 2019 to April 2019.

In the UK, the annual release of the John Lewis department store TV ad is something of a landmark for the festive season. This year’s effort featured none other than Elton John. Besides 60 million Brits, the advert is also somewhat of a landmark for a solitary individual from Blacksburg, Virgina - John Lewis. @johnlewis receives yearly mentions from customers and perspective customers of the department store varying from complaints, reviews all the way through to stock checks. Despite being inundated by Tweets directed at the wrong handle, he deals with it incredibly graciously, so much so that John Lewis, the department store, each year send him a gift basket as recognition of his enduring patience.

Twitter UK, took this story and used it to produce their own Christmas Ad for 2018.

We thought we'd leave you with our most read content of 2018, coincidentally, it was also the most apt - 5 Influencer Marketing Trends for 2019 and Beyond.

Have a Merry Christmas and a Happy New Year,