With the rise of image-rich platforms like Instagram, Snapchat, and Pinterest, the volume of visual content shared on the web is booming. Every day, millions of new images are posted and shared, driving a vast number of comments, exchanges, and clicks.

For brands, being able to analyze visual content quickly and accurately is critical to successfully monitoring brand reputation and image.

For the past four years, tracking visual data was all about detecting logos in images and videos. With the recent shift towards influencer-based marketing, however, recognizing faces in visual content has become central to monitoring marketing campaign performance.

In this post, we’ll take a look at how celebrity identification and image detection technology can help brands to measure the success and impact of their online marketing campaigns in general, and the performance of influencers in particular.

Let’s start with a high-profile example: Ronaldo vs. Messi.

Cristiano Ronaldo and Lionel Messi: arguably the two most famous sports stars in the world. If there’s any place to start with measuring the online impact of two public figures, this is it.

Let’s take a look at the online activity around the Champions League round of matches held in March 2019. Not only did these matches drive huge viewing figures, they were also a great occasion for their sponsors to get exposure.

Ronaldo, as a player for Juventus of Torino, is sponsored by Adidas. Messi, playing for Barcelona, is sponsored by Nike. (We’re aware that they are both personally sponsored by the other brand too, but for the purpose of this article we’ll stick to their team sponsors as an illustrative example.)

So, which player had the most impact on social media? And which brand is making the most out of the millions spent on sponsorship deals?

Let’s look at some stats on Linkfluence Search:

Looking at the stats from the games week, it seems Ronaldo appeared in more images than Messi overall, with an earlier peak on his match day, the 12th of March.

In order to confirm this intuition, let’s draw the same graph, but with Messi’s curve shifted one day to the left - as if both players had played on the same day:

Here, we can see Ronaldo (and thus the Adidas logo!) appeared more than Messi during the week. Adidas wins this round!

This shouldn’t come as a surprise if you’re a soccer fan, since Ronaldo completely dismantled Atletico Madrid in his game, scoring all of his team’s three goals and single-handedly sending Juventus through to the quarterfinals.

Even if you’re out of the loop when it comes to the game, however, Ronaldo is still driving an impressive amount of online engagement.

So, how did we perform this analysis, exactly? With algorithms.

At Linkfluence, we’ve developed many AI-powered algorithms to analyze images. These algorithms allow us to detect logos, as well as a wide variety of objects from mobile phones to cars. We can also use this technology to analyze the gender of people in images.

But what about using AI to distinguish between Ronaldo and Messi?

Well, the hard part about celebrity detection is that we can’t build just one algorithm to be used as a one-size-fits-all solution. Instead, we have to be able to add new celebrities every day, allowing clients to track and monitor the appearance of their images online.

This is where pre-trained algorithms come in handy.

The general idea of pret-rained algorithms is relatively standard for machine learning. First, we feed a vast number of facial images (around 5 million!) through a huge neural network, allowing the network to extract the characteristics of a face and learn from these.

This includes elements such as:

This gives us the “pre-trained” algorithm. Once we have that algorithm, we only need a range of images of a celebrity’s face to learn what the “average” face of that person looks like, allowing the software to recognize it in any image.

Since a large, difficult training phase needs to be done only once, this then makes it easy to identify and analyze new celebrities with little data.

Let’s stick with the example of Ronaldo:

First, we determine the face characteristics of a particular celebrity by analyzing some images of that person.

Second, we compare any new image from social media with the average face elements of celebrities in our database.

This allows us to determine the average facial characteristics of a particular celebrity. Once we have pretrained the algorithm, our clients can then use our software to scan social media (and the web more generally) for images of this person - whoever they may be.

This technology makes it a lot easier to measure influencer engagement.

For brands engaging influencers to participate in (or lead) marketing campaigns, facial detection technology is a crucial measurement tool.

For example, let’s say you’re a manufacturer of boutique yoga mats. You’re planning a rollout (no pun intended) of your new range, and you’re looking for potential influencers to help promote your products.

Our facial detection technology can help you out in a couple of handy ways:

Using this technology doesn’t just save time - it also lets you scan social media with greater accuracy, and allows you to pull together information about other products and brands featured in an influencer’s feed.

So, that’s the basics when it comes to the uses of the technology.

Now, for those die-hard AI fans out there, we’ll give you a more in-depth breakdown of how it all works. Pull out your graph paper, and let’s get into it.

Tech specifics: how does the pipeline work?

In order to build our pre-trained algorithm, we train a convolutional neural network (CNN) on 5 million images to identify over 600,000 people as a normal classification task.

A CNN usually consists of:

The following diagram helps break it all down:

After training, we remove the classification part so that the network outputs a characterization vector of 512 numbers. This summary holds all the information of a human face.

And yes, it is weird to think that facial characteristics like mouth size and eyebrow color can all be stored in just 512 numbers!

Using this feature extractor, we can build a database of the particular feature vectors of different celebrities. Then, for every new face, we detect in social media images, we search for the closest celebrity vector using K-nearest neighbors.

If the new face is close enough to one of the mean celebrity vectors, we can conclude that it's a picture of the same person! Huzzah!

Save time and effort with image detection technology

Over time, social media (and the online environment in general) has become a lot more focused on image-rich content. We’ve moved on from the early focus on microblogging to sharing pictures amongst our friends, relatives, and networks. This helps explain all those cat photos.

With the volume of images being shared by social media users, brands and businesses need a quick and painless way to track images online, including photographs of celebrities or influencers.

By making use of pre-trained algorithms and AI, our clients can accurately analyze social media for posts and exchanges featuring particular faces. This lets them measure the success of influencer marketing campaigns, from heavy-hitters like Ronaldo and Messi to humble yoga bloggers.

If you’re interested in what this technology could do for you and your business, then get in touch - we’d love to chat! 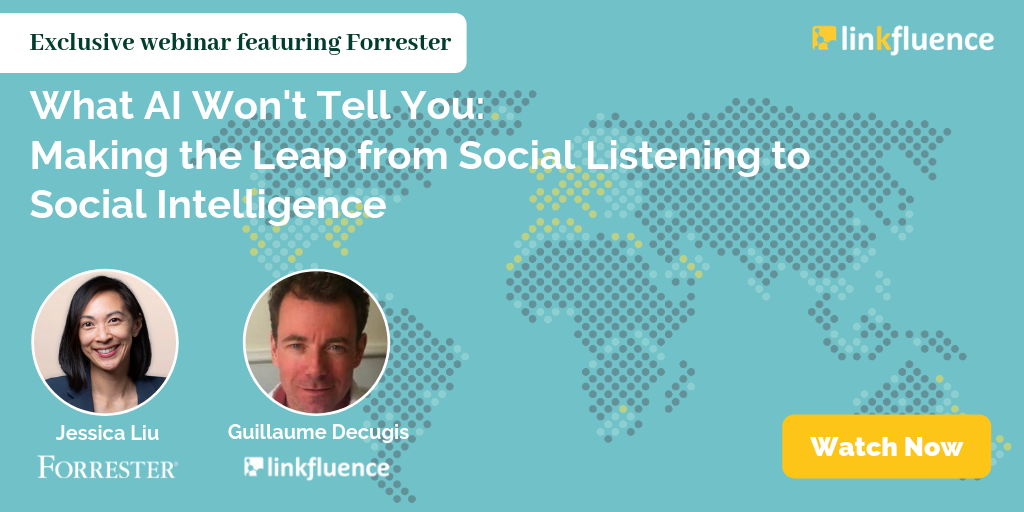