How Did Brands Champion Gender Equality In The Women's World Cup? 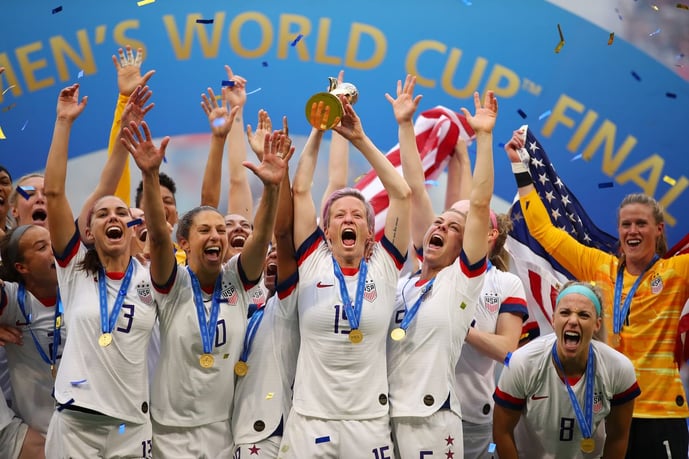 In the words of UEFA president Aleksander Čeferin, "Women's football is the football of today”. For the first time, the organization launched a five-year strategy to improve the perception of women's football across Europe. It’s another feat in the recent seismic shift in attitudes towards women in sport and the exposure it needs to get the ball rolling (pun intended).

Records have been broken both on the pitch and onscreen this month, and it seems the buzz around this years cup was louder than ever before.

The official women’s World Cup hashtag is #fifawwc and during the thirty days it managed to generate 2.63m conversations.

Like many recent articles, we know why global brands should get involved commercially, but we want to highlight the importance of the social environment around this tournament and why exactly brand messaging should be doing more to authentically resonate with audiences.

We took a closer look at this year's sponsors and how they successfully tailored messaging and products to consumers in a way that male-oriented advertising hasn’t.

WWC Marketing campaigns at a glance

With digital video trends on the rise it seems everyone harnessed the power of video this World Cup. In unique fashion, England coach Phil Neville (and marketers no doubt), devised the squad announcement for this year via personalized video messages.

The likes of David Beckham, Prince William and Emma Watson took part in personalized Twitter videos alongside #BeReady to get the buzz going. But this careful selection of influencers in itself, highlighted the under representation and popularity of female athletes by using male superstars to garner attention.

A big day today Congratulations @nikitaparris17 @lionesses and @philipneville18 The whole country is behind you. #BeReady

It gives me great pleasure to announce that our @Lionesses' defensive rock and captain @StephHoughton2 will be on the plane to France for the Women's World Cup.

Steph - congratulations. I know you and the team will do the nation proud. Good luck!#BeReady #Lionesses pic.twitter.com/xoRHnNeCrI

With the help of sponsor Commerzbank, the German team also used the social route to increase engagement, producing an incredibly powerful and completely female oriented television advert. Not only did it highlight the attitudes towards women's sport, it addressed the prejudice we face as working women.

There are certain areas where the marketing around women's football has the potential to outperform men's thanks to 50 years of stifled play. The sport is considered a more family-friendly and inclusive game appealing to all ages and genders. And for the moment, it remains far more centered around skill and professionalism than their male counterparts, who are just as famous for their off pitch drama. Because women have continually faced adversity throughout history professionally speaking, it opens up discussions to wider, underlying issues.

Overall, the WWC is currently worth less than men’s with the FIFA payout to the WWC winners set at $4m and men $38m. The simple fact is, women are underrepresented in advertising, funding and thus viewer figures and they STILL continue to play for their love of the game. This disparity actually presents a huge opportunity for brands and sponsors to take advantage of the conversation around girls and sport.

Alongside positive messaging, the brand took a simple initiative to listen to female players and explore the differences between male and female performance clothing. For the first time in history, tailored women’s football kits have been designed and worn in the game. Nike was also the pioneer of the first women's football shoe in 1994. 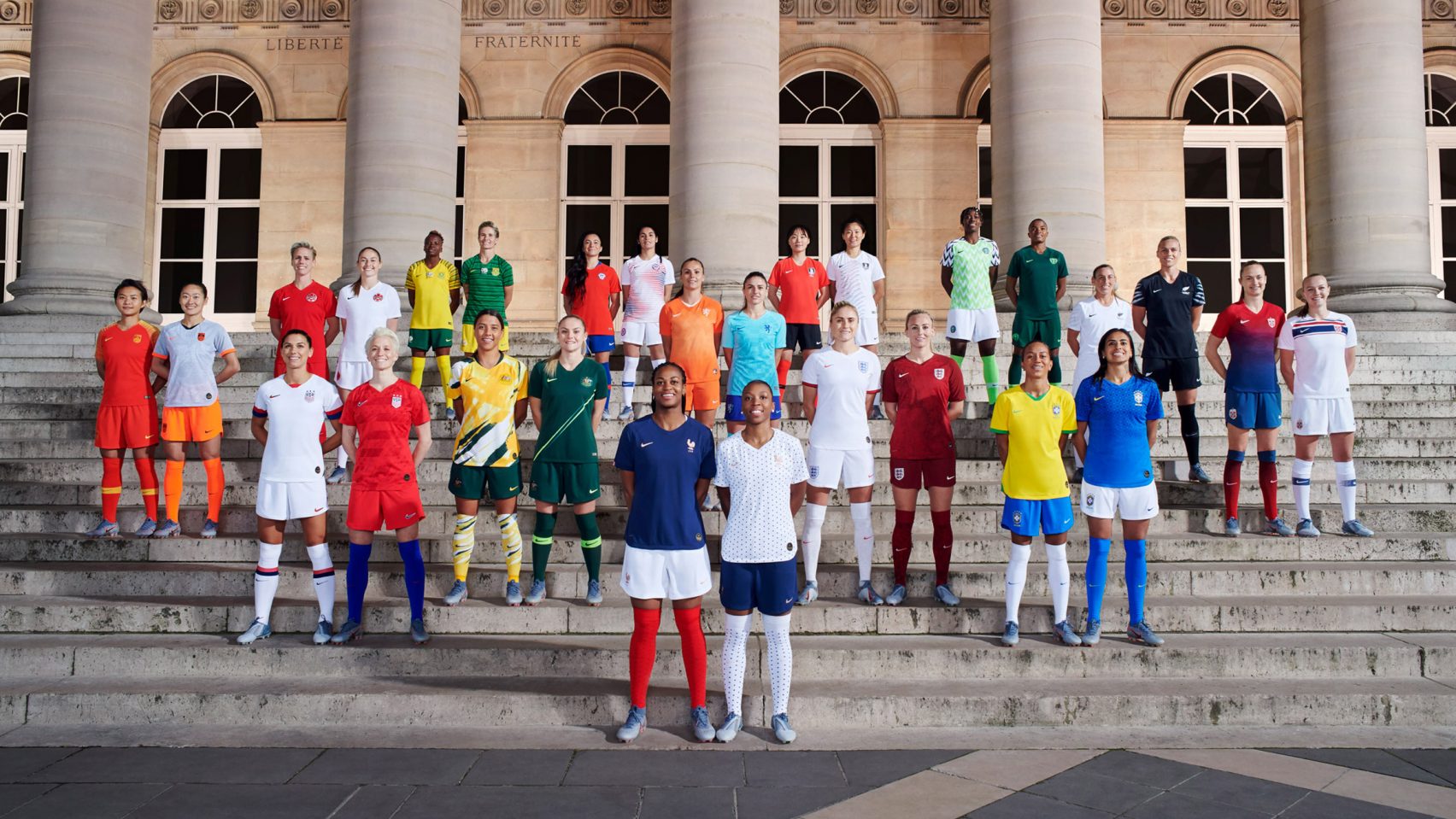 Nike was also the most worn brand on the field this World Cup, dressing 14 of 24 teams, and went on to sell the most jerseys (team USA) of both sexes, in one season. In the grand scheme of gender equality it's a small step, but in a sport where clothing is a symbol of representation, pride and identity, Nike broke the ceiling.

Visa also followed suit, pledging to spend the same amount on marketing as was spent for the MWC in Russia. The TV commercial using #ItTakesOneMoment displays real life moments in empowered players lives, alongside grassroots projects showing you how one opportunity is all it takes to impact a life. Visa Marketing Director Suzy Brown, addresses their decision in interviews and explains the ROI on this football sponsorship is unlikely to be immediate. The pledge they’re making is long term and was made to break the vicious circle around women's football in terms of under representation and investment. Once the circle is broken it will open up competition between sponsors and create a more profitable sport. The other five FIFA partners are yet to increase investment in the WWC.

In any successful campaign, the right influencers help to generate conversations. The WWC is no exception. Let’s take a look at the key influencer from this years WWC and the reasons she captured so much attention.

Megan Rapinoe: the star and unwitting influencer of the Women’s World Cup

Catalysts helping to influence conversations on social, are players like Megan Rapinoe. The US midfielder became the unwitting face of this World Cup, and for many reasons brands will take notice. Warranting attention with her lavender, icy blonde hairstyles, she just took part in her second World Cup, scoring 6 goals. In the last month, Rapinoe was discussed 1.3m times across social with her Twitter following increasing to 754K (gaining 312K) since the end of June.

An influencer for under-represented tribes and communities

On and off the pitch shes an outspoken activist for gay rights, drug rehabilitation and equal pay while sharing a unisex clothing label with her US teammates Christen Press and Tobin Heath. She gives queer players representation in football and was the first gay athlete to grace Sports Illustrated magazine, as well as becoming the first gay couple to be featured in ESPN’s Body Issue.

In 2016, in opposition to the systematic oppression of people of color, Kapernick infamously took to his knee during the national anthem. Rapinoe was the first white athlete and female to follow suit and show her support. This past month, she made headlines again for an interview in which she opposed Trump's administration and any future invitation to the White House.

When it comes to gender discrimination, Rapinoe was one of 28 US women’s players to file a lawsuit against the US Soccer Federation for lower pay and unequal working conditions. The list could go on...Rapinoe is the perfect example of an influencer openly using her platform where others have feared losing followers and endorsements. By doing so she conveys an authentic message to under-represented audiences, inspiring tribes of consumers and other athletes.

Keep your eye on the ball

This World Cup was a clear indication that the sporting world is ready for change. Visa hit the nail on the head, it's not until the vicious circle around women's football is broken that the sport can progress.

Above all, the key takeaway is the power of authentic marketing around topics that truly resonate with consumers and the social environment they live in. Is your brand listening?

Learn how you can evolve your approach to social listening and reach sophistication by downloading our eBook, Climbing the Social Data Ladder. 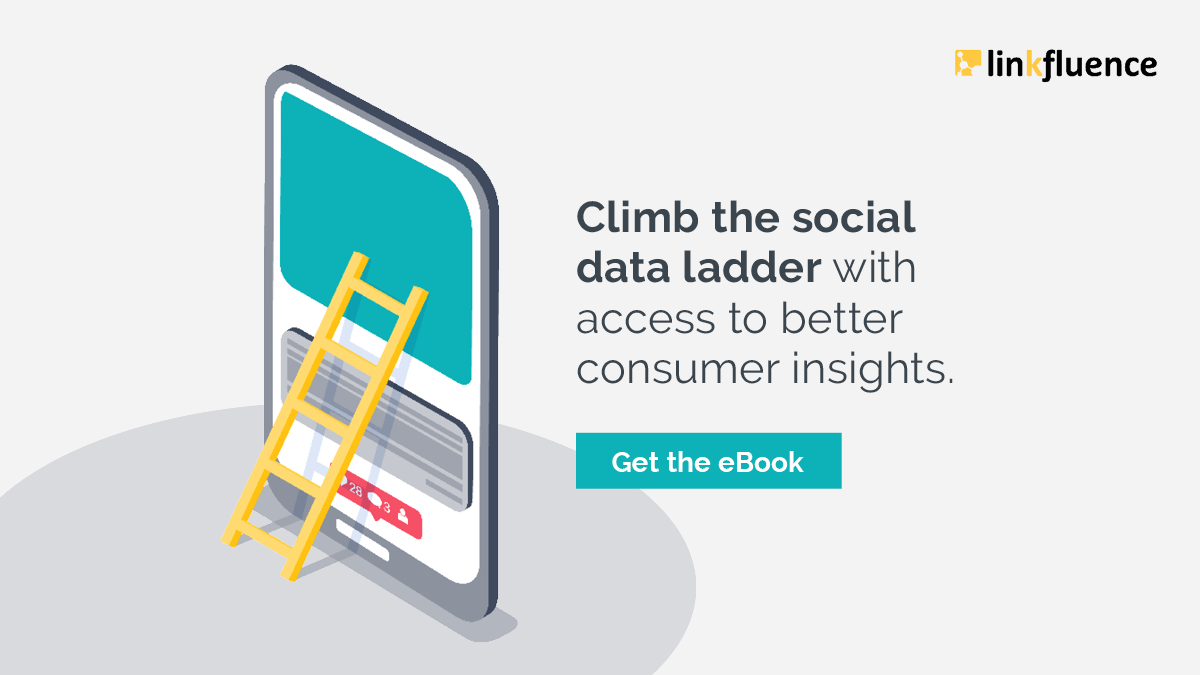