Who is winning the great Christmas burger battle? 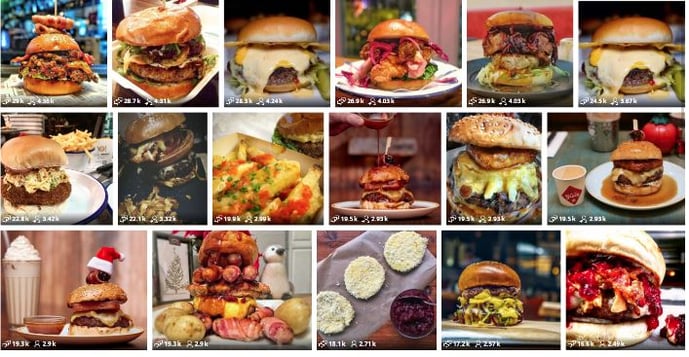 We have to admit it, researching this article really got our mouths watering. But, it’s important for someone to take Rudolph’s reins and answer that all-important question: who’s got the best Christmas burger on the high street?

Yes, you’d be forgiven for thinking this would be a story about sandwiches. It’s that time of year when everyone is talking about Christmas sandwiches - who has the best turkey on malt? Where are the veggie options? - but we decided to be a bit different. We feel the focus on sandwich shops leaves out one of the more fierce battles on the high street right now.

Early conversation about this battle to end all battles took in GBK, Wetherspoons, Byron, MeatLiquor and, of course, McDonald's - but November was too early for a Cranberry-based burger. So how does conversation look as Christmas looms ever-closer? 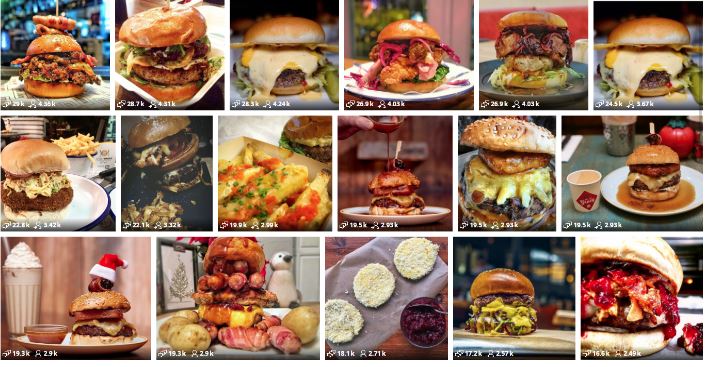 Using the Linkfluence platform, we identified the top five festive burger chains and found it’s smiles all around the UK. 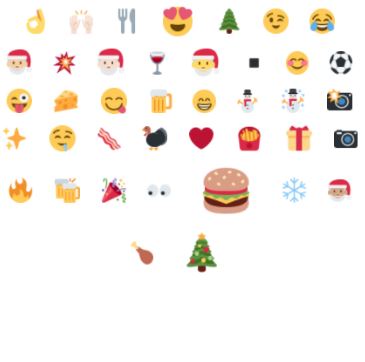 It’s clear that everyone loves a Christmas burger; 52% of sentiment around our search was positive. This increases to an overwhelming 95% when excluding neutral conversations. 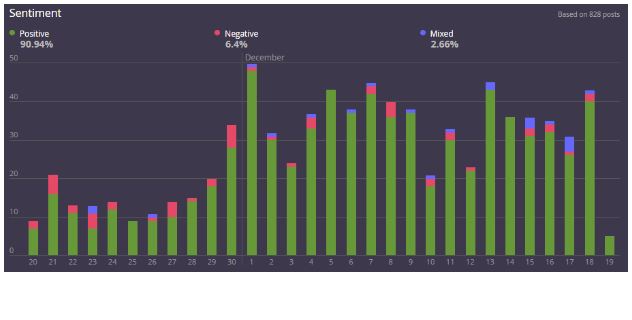 Share of positive, negative and mixed posts. Powered by Linkfluence

Looking at the data, we can see that everyone is excited about Nando’s finally doing a Christmas burger - and why not, when it’s served with mushroom and chestnut pate, alongside festive slaw and crispy onions. Naturally, Nando’s is dominating the share of voice for burger chains, taking 60% share of voice among the top 5 chains. That dwarfs the next in line, GBK, which has 12% of voice. 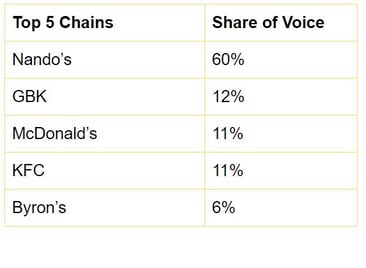 Interestingly, KFC is the fourth most mentioned chain - despite not doing a Christmas burger this year. In fact, that’s the problem, as consumers express their disappointment, asking for a return to days of old from the chicken shop. KFC is also the chain with the highest proportion of negative sentiment: 58% of posts mentioning the chain were negative.

Mixed reviews for the Golden Arches

McDonald’s, placed third, also received mixed feedback; 34% of mentions were positive, while 46% of customers were unsatisfied. @BenWarburton83 gave a hint as to why there was dissatisfaction in the mix. 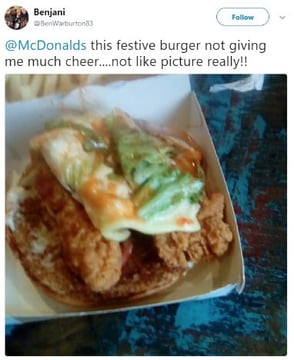 Into the more gourmet chains, and the GBK ultimate Christmas burger was a slightly more luxurious favorite, featuring a venison patty topped with a hash brown, smoked cheese and bacon, and tarragon.

Among the top 5 chains, it was Byron’s Fromagemas that received the most praise from consumers, attracting sentiment that is 76% positive. The cheesy number was served with a jug of liquid cheese, captivating consumer curiosity (and maybe a few clogged arteries?).

LONDON | 01.12.17 | Byron Burger: Made up for forgetting to open my advent calendar by having a lunch date with @louise_yems and trying @byronhamburgers’ festive burger. That’s a jug of liquid cheese on the plate, and the sweet potato fries didn’t go down too badly either. #DistractedinLondon #DistractedEats

As for what’s in the burgers themselves? Bacon, turkey and cranberry sauce made up the top three ingredients - unsurprising, considering these are Christmas burgers. But pigs in blankets, in a burger? Yes, the most Christmassy of ingredients, popped inside or on top of a bun, ranked seventh among the top ingredients.

Even media publishing about Christmas burgers were getting plenty of social heat, such as ShortList’s list of 17 best Christmas burgers in the UK. They went into the hipster's joints for their list, though, with no Nando’s appearance.

Social insights can help inform your business (and food) choices; get in touch to discover how Linkfluence can make your campaigns more insightful. Now, who’s up for a burger?