Craft Beer Fuels the Social Boom of the #BeerSnob 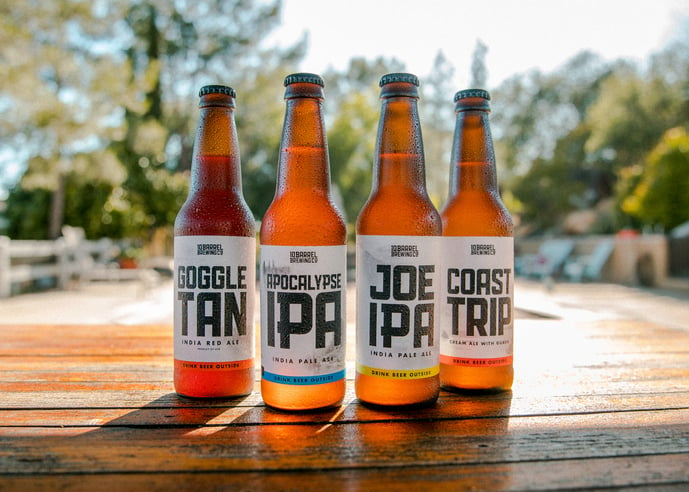 Today, beer is much more than a sunshine, football or pub accompaniment. The global rise in the interest of craft beer has led to the emergence of a niche group of drinkers: the self-confessed #Beersnob.

When did beer become elitist?

Along with America, Canada, Brazil and Australia, the UK market raises a glass to the craft beer trend. In fact, the number of UK breweries has risen by 8% to around 1,700 over the last year (The Guardian reports) as the surge in popularity of craft beers continues.

The #craftbeernotcrapbeer hashtag demonstrates a feeling of superiority amongst beer drinkers on social media. Craft beer enthusiasts claim the differentiation lies in the alcohol’s distinctive flavour and natural ingredients.

10% of craft beer Instagram posts feature hashtags #craftbeernotcrapbeer or #craftnotcrap. Over half of these posts advocate a brewery, beer brand or a community page, pushing positive reviews and endorsements their way.

A brand with a particularly loyal and supportive following is Brewdog. Radarly identifies Brewdog as the most mentioned brand among users differentiating between craft and crap beer. 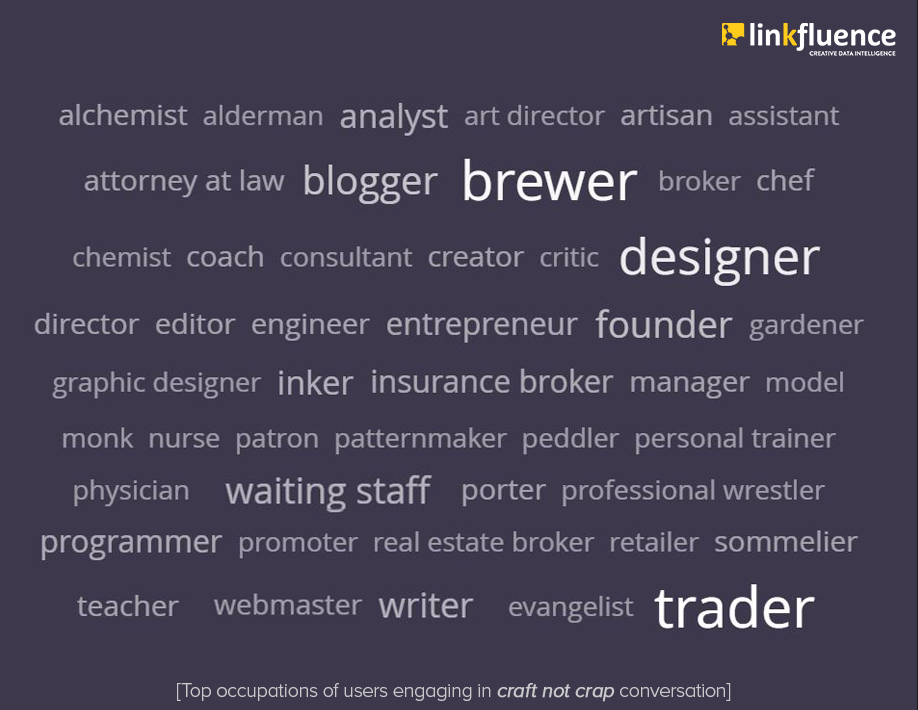 A growing interest in transparency of food and drink production has motivated a growth in home brewing. Consequently, the top occupation for users pushing the craft not crap hashtags is brewer.

Other occupations of craft beer lovers vary, making it difficult for brands to decipher an exact consumer profile for targeted campaigns. There lies no obvious connection between a designer, physician, real-estate broker and a teacher...

“It’s less about new products and more about brewery life.”

Claims New Belgium’s Digital Manager, Kevin Darst. Contently describes The New Belgium Snapchat channel as a platform that enables viewers to experience a walk-through of the tasting room, check out the canning line, and ask questions about the brewing process. All of which are activities enjoyed by the interactive #beergeek - another rising beer persona prevailing on social media.

#Beergeek is one of the most prominent hashtags in craft beer conversation. This hashtag represents not only an expert within the craft beer field but also a person passionate about the taste and the scientific process of brewing. Males over index this conversation, with only 3.2% of women utilising this hashtag.

The #beergeek passion for India Pale Ale dwarfs that of all other craft beer types. It features more frequently in user generated content, including influencer content, and drives the most engagement.

The social boom of the #Beersnob

The #beersnob hashtag is particularly shared by beer drinkers who support local breweries, #drinklocal features in 15% of beersnob discussion. Outside of American and Canadian cities, London is the city engaging the most in snobbery around local beer production.

Another action indicative of the #beersnob is posting artistic, hipster photos of beer, coupled with the hashtag #Beertography.

High quality #beertography is popular in craft beer conversation, around 16,000 posts contained this hashtag. Consumers share pictures of bottles/cans and their distinctive labels – originality matters to these fans. Beertography is also a trend that brands have adopted.

FMCG brands have seen phenomenal results from appropriating viral, user-generated trends. Four years on, and people can’t stop taking photos of their food! #Foodporn posts have become second nature to young consumers, and the influence of social media has meant that food companies have been able capitalize on this trend. Currently, over 100 million #foodporn hashtags litter Instagram and Twitter.

Although not as popular, #beerporn is the number one hashtag used in craft beer conversation. Research shows that #beerporn is among the most appealing hashtags used by beer brands, driving a 15% increase in engagement.

Understanding the consumer is crucial for craft beer brands. Radarly identifies craft beer consumers as both loyal and passionate, and thanks to their passion they drive great brand value through recommendations.

Avoiding commercialized messaging and sharing meaningful and educational content is received well by the craft beer community. Content including information about recipes, flavors, the brewing process and the company and it’s heritage is sought after by beer snobs on social media.

It is key for beer brands to effectively connect with this audience as the craft beer industry becomes more and more competitive every day.

Want to know more about how social listening can drive an effective communication strategy for your brand? Please, get in touch!

*Insights based on an English language Instagram data sample of 115,000 posts.

By confirming your subscription, you agree that Linkfluence SAS may store and use your email address in order to send you our monthly newsletter.