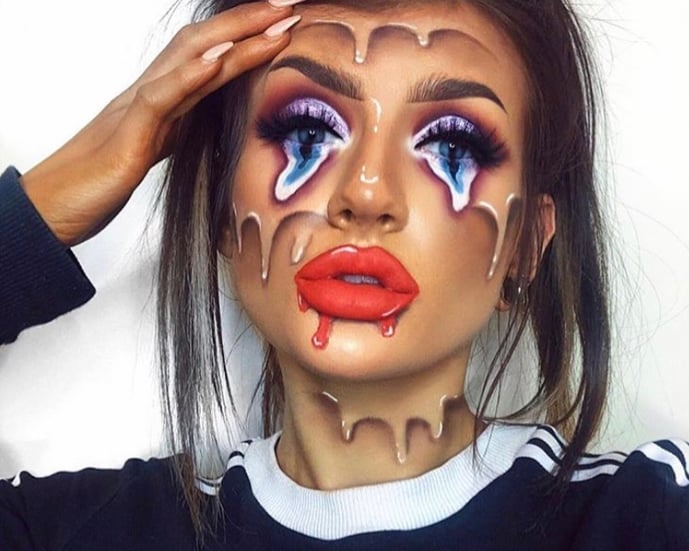 Halloween is arguably the most visual event of the year and therefore the perfect time to get creative with makeup. Using Radarly we explored Instagram - the beautistas’ favourite platform - to identify the UK’s top Halloween makeup trends of 2016’s spooky season. (See Methodology*) 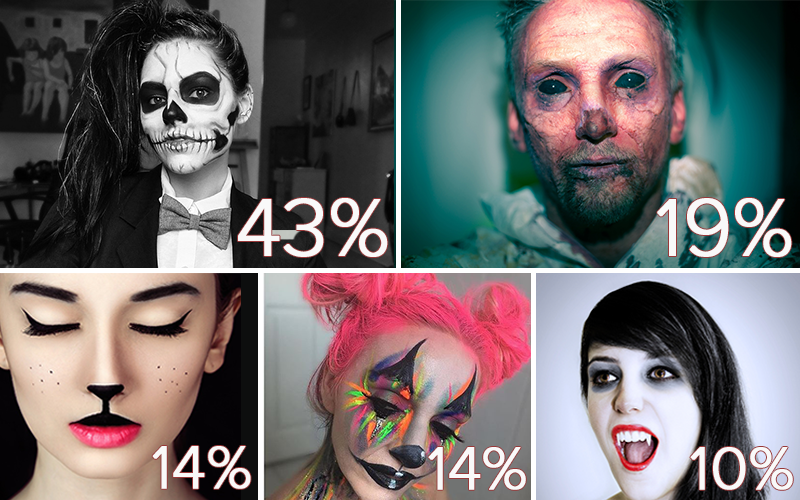 The most prevalent persona on Instagram this year is the skeleton. It received the most mentions online and features as the third most used emoji, after the pumpkin and ghost.

Black and white face paint was fundamental in attaining the desired outcome.

The skeleton is the number one look for males this year. As well as makeup, hair is a prime concentration of men dressing up this October.

Clown makeup is unusually popular this year, perhaps an influence of the recent clown craze? However, Instagram clowns offer far more elegance. Forget lipstick and face paint, glitter is a key tool in the clown makeup box, especially for art around the eyes.

Another timely trend: Harley Quinn and the Joker inspired looks, thanks to the recent Suicide Squad. The film’s impact is evident as Harley Quinn posts display a running theme of pink and blue eye makeup - iconic of the character in the film, not the comic. Her male counterpart was rediscovered by men who created their Joker look also based on the film.

Although skull makeup became customary to Instagram throughout October, original looks drove the most engagement.

Social data pinpoints blood as the most purposeful and common Halloween makeup product this year. It is frequently used to create a series of varying characters and is particularly favoured for vampire and zombie looks. 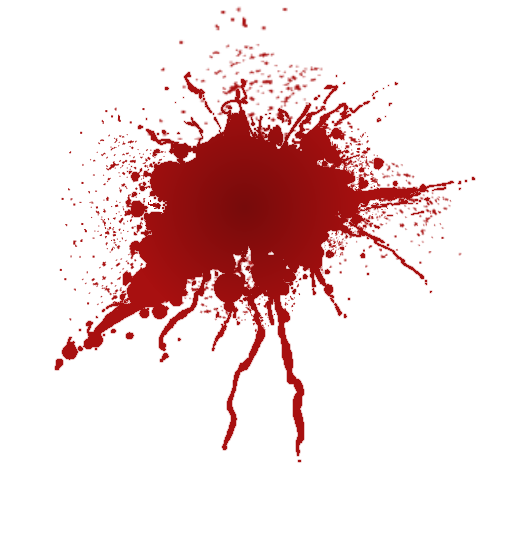 Face paint is also popular and is extremely effective when generating a skeleton/skull impression. The winning combo of blood and face paint is key to creating a dead everything, from a cheerleader's corpse to a zesty zombie bride. Glitter is established as the beautistas’ favourite for clowns, cats and mermaids. 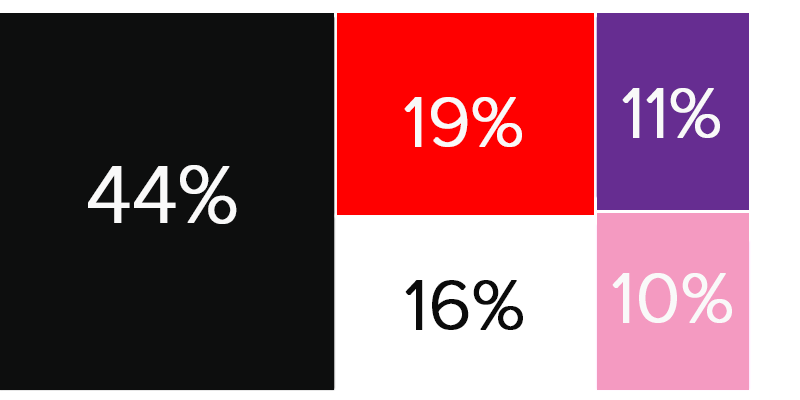 Black is the number one colour for Halloween makeup, followed by red and white. Black and white are predominantly used in skeleton and zombie makeup, while red is the go-to for vampires and clowns. Purple features in a range of looks, due to being a trendy makeup colour this season.

MAC Cosmetics is the favourite makeup brand on Instagram this Halloween.

Included in MAC mentions is cosmetics brand Anastasia Beverly Hills. The pairing of the two award-winning brands fuelled a mass of Halloween creativity.
ABH comes in at second place. Its eye and brow products were utilised by makeup artists to fashion extensive, professional looks.

Urban Decay is the third brand of choice within the Instagram community. Bold colours and glitter dominated Urban Decay makeup styles and its recently launched Moondust eyeshadow palette has been especially popular.

Illamasqua and NYX also feature in the top five Halloween makeup brands of 2016.

Thanks to a clever campaign, NYX earns first place as the most engaging makeup brand on Instagram. Under the hashtag #31DaysOfHalloween NYX posted an array of majestic makeup images, sharing harrowing Halloween inspiration with their followers. The campaign amplified as beauty influencers jumped on the trend, taking to Instagram to share a new Halloween look every day.

my mummified cleopatra bodypaint for @nyxcosmetics #31daysofhalloween!! i was floored NYX wanted to include me so i tried to go all out and create something both beautiful & still a bit creepy for them:) huge thank you to NYX for asking me to participate! ?? check out my image and tons more awesome artists on their page! #nyxprofessionalmakeup #ad

WHO, WHEN AND WHERE?

Almost one third (28%) of Halloween makeup posts were shared by males. Although makeup is traditionally perceived as a feminine product, the male presence in the beauty industry is strengthening. This month, CoverGirl magazine announced makeup artist, James Charles, as their first ever male beauty ambassador.

Early evening is the key time for Halloween makeup show and tell. 23% of posts were shared between 6pm and 8pm with Thursday, Friday and Saturday as the most popular days.

Besides being a place to experiment and share the finished product, Instagram is a place to search for inspiration too. Hashtags #halloweenmakeup, #halloweenmakeupideas and #halloweeninspo are among the top Halloween hashtags on Instagram, making it easy to explore potential looks.

Influencers are pivotal in the beauty industry and Halloween is the perfect occasion to activate an influencer strategy. This years’ top influencers include makeup artists Sarah McG, Argenis Pinal and Maria Malone.

Every year, Halloween welcomes a liberation of creativity, and Instagram is the key platform for showcasing this. Thanks to Radarly’s capabilities, we capture 100% of Instagram data, enabling our beauty clients to drive real business value through social insights.

If you would like to find out more about Radarly or how we can tackle particular a challenge, please get in touch or request a demo.