Influencer Fatigue: Are We Done with Influencers? 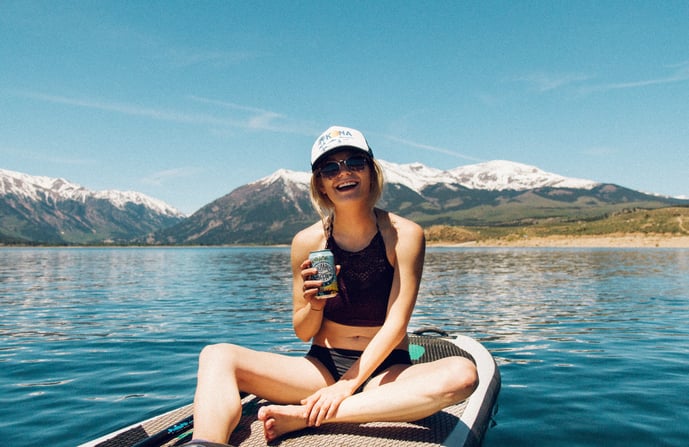 For major brands, partnerships with celebrity influencers have become an indispensable part of their marketing strategy. As a result, thousands of influencers came forward to cash in on their visibility.

Recently, however, we’re seeing signs that influencers can’t influence anymore; that the world may be done with traditional top-down influencer marketing. In fact, recent studies have found only 3% of consumers are influenced by celebrity influencers to purchase specific products.

So, what’s driving this change? Why are so many people switching off on influencers?

At the heart of this pattern is a huge shift in the way consumers interact with brands. Now, the age of the passive audience is over. Instead, customers are actively engaging with each other (and brands), looking for authentic and meaningful engagement and forming their own communities based on shared interests and values, or what we like to call ‘tribes’.

In this article, we’ll explore the reasons why the age of traditional influencer marketing may be over. We’ll also outline some alternative ways brands can engage their valuable audiences.

This is a long post, so feel free to jump to sections that speak to you the most:

To kick things off, let’s dig a little deeper into what is driving people away from influencers.

Why are people getting tired of influencers?

But increasingly, social media has become a dumping ground for sponsored posts and advertising, and social media users are quick to call influencers and brands out when they see a lack of authenticity.

1. A greater demand for authentic engagement - driven by millennials and Gen Z

Of all the reasons for the move away from influencers, the growing demand for authentic and meaningful engagement is the most significant.

People are sick of all the generic cookie-cutter posts showing celebrities posing with teeth-whitening kits, boutique clothing, or even appetite-suppressing lollipops. Instead, social media users are looking for real, unstaged content to engage with.

This is particularly the case for younger users, with millennials and Gen Zers demanding real, authentic content from brands and influencers.

This demand for authenticity also helps explain our fascination with stories like that of Instagram travel & lifestyle influencer Caroline Calloway and her ghostwriter Natalie Beach. Now people want to dig behind the online facade to see the real people behind the captions.

Then, there’s the problem of fake influencers with bought engagement on platforms like Instagram and Twitter. Influencers face huge incentives to boost their numbers when it comes to followers, likes, and comments, and this has given rise to issues with bots, paid follows, and other shortcuts.

In fact, studies have found cases where the influencers engaged by major brands have follower bases that are estimated to be up to 70% fake. This isn’t just a massive headache for brands: it’s also another huge reason behind the disillusionment with influencers in general.

On top of the demand for more authentic engagement, user fatigue with stereotypical influencer content is also driving people away.

Every day, social media users are subjected to an unending stream of influencers peddling their wares with the same aesthetic. If it isn’t someone selling a yoga mat with a sunrise beach yoga pose, it’s someone with a tastefully-framed shot of avocado toast, or a too-perfect gym selfie.

If you’ve found yourself feeling a little fed up with cliches like this, don’t worry - you’re not alone. 47% of consumers are fatigued by repetitive influencer content.

In fact, this collective frustration has led to some amazing parody accounts (like Insta Repeat) pointing out just how samey a lot of Instagram content can be.

This is a major reason behind Instagram users abandoning the platform’s classic aesthetic and looking for something more real.

Instead, a new generation of successful influencers like Emma Chamberlain or Joanna Ceddia has emerged. These young content creators are willing to engage their audience in unique ways - even if it means being a little dorky. And man, do people love it.

"47% of consumers are fatigued by repetitive influencer content. - Bazaarvoice"

4. Too much reliance on the big players

Another trend driving people away from online influencers is an over-reliance on the big names out there. After all, Kim Kardashian can’t sell everything!

When it comes to mega-celebrities, there’s only so much paid sponsorship an individual can take on before their audience gets tired of it. For major brands, this means there’s a limit on what can be achieved through partnering with well-known faces.

As blogger and all-round media wizard Seth Godin notes, one way to get around this is to take the opposite approach: instead of finding the largest audience out there, brands should look for ways to build meaningful communities around smaller audiences. 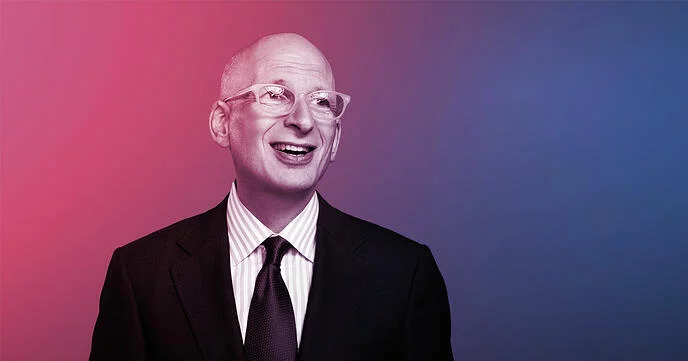 “Instead of trying to reach everyone,” says Seth, “we should seek to reach the smallest viable audience and delight them so thoughtfully and fully that they tell others.”

Finally, there’s the worrying trend of influencers or brands feigning dedication to important causes around the world, just to get a moment in the spotlight.

Whether it’s slacktivism campaigns like the Kony 2012 movement or greenwashing like DuPont and Exxon Mobil’s environmental initiatives, plenty of influencers, brands, and organizations are willing to appropriate meaningful causes in the interests of building their online audiences.

Examples like these contribute to mistrust in social media, and give people an even bigger reason to be cynical about efforts to spread awareness concerning important global issues.

So, if the world is fed up with traditional influencer marketing, what does this mean for brands on social? How should you engage with your audience, and get your products in front of the right customers?

Here are our suggestions.

I might have painted a bleak picture for influencer marketing. But it doesn’t mean there’s no place for influencers - instead, brands simply need to adjust.

By dropping the focus on generic, big-name influencers with huge audiences, and by focusing instead on meaningful communities united around common passions and interests, brands can increase the visibility and relevance of their products.

Take the time to understand your tribes

Tribes are groups of consumers sharing common traits. These individuals identify with each other through their collective interests, which could be anything from gaming or eSports, veganism, sustainable fashion, or a love for chunky dad shoes.

The internet is crawling with groups of people, subconsciously forming tribes around nearly every interest niche you can think of.

Winning brands are those who understand how tribes get created, what defines them and how they evolve over time. This includes analyzing their language, choice of platforms, and preferred methods of communication, and matching their content, so you can position your brand as a genuine tribe leader.

This means rethinking what the term 'influencers' mean.

Rethink what you mean by ‘influencers’

Examples such as cosmetics brand Glossier illustrate another great strategy to cope with the shift away from celebrity influencers online: rethink what you mean by ‘influencers’.

By finding individuals with meaningful connections to other members of the tribe to promote your brand, you can build brand visibility and credibility.

In fact, analysis shows that individuals working on a more contained scale are often perceived as having more of a legitimate voice than big-name celebrities, and can lead to a higher rate of conversion to sales.

So, when you’re thinking of your next influencer campaign, don’t automatically jump to the biggest names out there. Instead, take a look at individuals with an authentic, well-established presence on their platform of choice, and a good connection to their tribe.

And that means bigger isn't better. You don’t have to shoot for the big numbers with your influencers.

Given the disillusionment out there with celebrity influencers, you’ll be better off partnering with influencers working on a smaller, more meaningful scale with a dedicated audience.

If you can engage your tribe of brand customers and fans through respected and trusted individuals, you can reach new potential fans, and build real brand loyalty.

Get the help you need to identify your tribes

Partnering with influencers used to be simple.

Before, all brands had to do was to pull together a shortlist of celebrities and public figures with sizeable audiences, compare the reach and profile of each individual, and make a choice.

Now, consumers don't want to see the same influencer telling them which slimming teas to drink, which lipsticks to buy, and holiday resort they should go to.

With the tribe mindset, everybody has the potential to be an influencer (in their tribe), which makes the influencer pool much bigger. You need to take into account the influencer’s relevance, authenticity on the topic, analyze their content footprint, check if they have fake followers or engagement, out of hundreds and thousands of influencers on multiple platforms.

This analysis is impossible to do manually. You need to put big data and AI to work by identifying dedicated fans within millions of profiles. Then, you need to combine this analysis with human expertise to understand their values and match them with your brand. That way, you’ll be ready to find the right influencer.

Ditch the big names, and go for authenticity

There’s a good reason why so many Instagram users are turning away from generic, big-name influencers on social media. The jig is up, and people are seeing through the facade of samey, calculated promotional content.

In an environment where authenticity is the greatest online currency, brands need to know everything they can about their audience, and understand how to find and engage their tribes of fans online.

With Linkfluence, brands can find new ways to identify their tribes, and can communicate with these tribes in a way that is authentic and meaningful.

If you’d like to talk about how we can help you, don’t hesitate to get in touch!