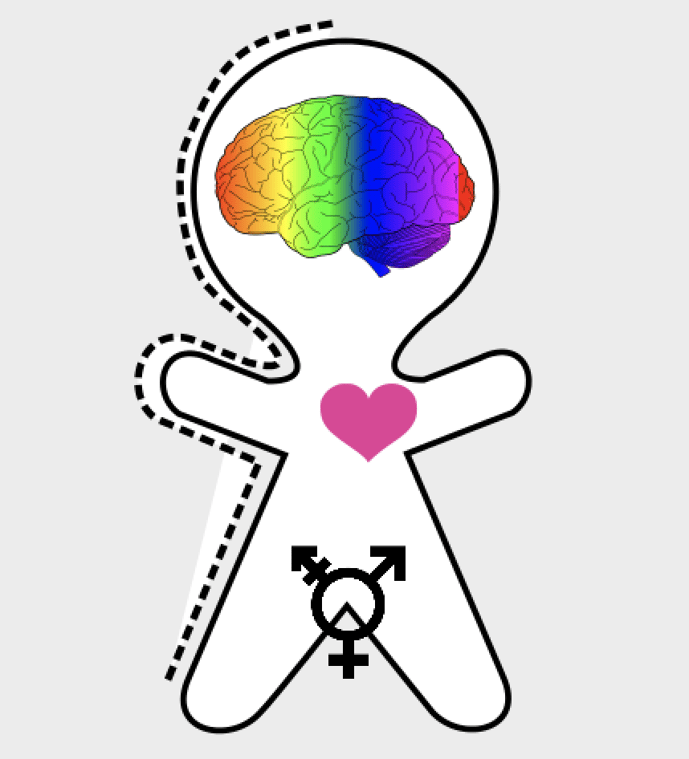 June’s just gone and with it, it seems, brands’ initiatives demonstrating support for the LGBTQ+ communities. Every year, when Pride celebrations happen around the world, many industry giants join the movement and offer their support for the cause. For many, unfortunately, the activities are seasonal. The rainbow-hued social media posts and limited brightly coloured merch quickly disappear whilst the genuine and ongoing support is hard to find. Mistake? Certainly. With the tragic death of George Floyd and the global campaign to end discrimination for minority groups, there is so much brands can and should do.

Luis de Freitas, Director of Omnichannel & CRM from one of our major Luxury client, told us: “Addressing inclusivity in their strategies is an imperative, something every brand should have on their radar – not only because brands are part of the zeitgeist that shapes how minorities are included in society and culture, but because their audiences are looking for a genuine connection.”

It seems to be obvious. Jumping on the opportunity of getting attention from minorities and activating those audiences only during Pride month is not enough to earn their respect and allegiance. It’s not enough in the world when consumers demand meaningful action and make purpose-driven brands their first choice.

We took a look at some of the rainbow initiatives and the campaigns launched in June through our social intelligence lens. The results validate this quote from Andy Pharoah, vice president of corporate affairs and sustainability at MARS: “Acts, not ads”.

Let’s see what the social web has to say about that.

June is the time of the year when we see rainbows everywhere: in clothing stores, on public storefronts and on nearly every brand logo on Twitter, Facebook or Instagram. And while some of the profits from specialty Pride merchandise do go to worthy nonprofits, some brands donate a paltry amount and their rainbow merch is simply used to generate additional profit (in the worst case scenario, to donate to politicians who actively oppose LGBTQ+ rights).

Back in the top-down era when brands didn’t have to answer for their actions, consumers were certainly less aware of the hypocrisy or tonedeaf marketing. Today, every brand activity can and is scrutinised by the watchful eye of the consumer and waving the rainbow flag without actions backing the sentiment is not going to cut it. Indeed, people who are part of communities that have previously been ignored can easily see when brands are being sincere and when they are simply trying to cash in. No one wants to be exploited or considered only because it’s popular or politically correct to do so.

Consumers represent diverse and unique environments, and they want to spend their hard-earned dollars with brands that demonstrate they are committed to building long-term relationships.

As Luis de Freitas adds: “If a brand really wants to address minority groups and be respected by them, it would find a way to make June one of the key moments it activates this community and not THE moment it does so.”

In theory, we can determine two imponderable conditions to engage consumers through rainbow activations: 1. Follow up the good intentions with actual support ; 2. Demonstrate it all year long.

Can we find examples of brands who champion authentic inclusivity and keep these two priorities in mind?

Rather than focusing on what some brands have been doing wrong, let’s remain positive and highlight initiatives that followed the key principles above.
Let’s start with a nice initiative from one of the most famous video games, the SIMS 4. The simulation game has been holding a full virtual Pride parade in order to honor its LGBTQ+ players. After COVID-19 online gaming explosion, this initiative is very à propos, and we can find hundreds of social media posts proving their success.

A big part of appearing authentic in consumer’s eyes is to appeal to their natural concerns and interests. As far as COVID-19 does not permit parades to be held everywhere, EA Games did great in offering this opportunity to thousands of users willing to show support and participate, even from home.

EA has always been supportive of LGBT communities and their work is a reflection of inclusivity and equality values held by the organisation.
One of the most remarkable examples we’ve seen, mixing smart packaging with benevolent acts, comes from MARS and their famous multicolor Skittles candies.

For the first time in the US, the company is rolling out its "Give the Rainbow" campaign where they shirk the rainbow colors. It's a bit of a reversal of the typical Pride campaign as most brands wash all their gear in the hues.

During PRIDE only #OneRainbow matters. That’s why we are giving up our rainbow to show support for the LGBTQ+ community! For every SKITTLES Pride Pack sold we are donating $1 to @glaad. 🌈• • • • #skittles #pride2020 #pride #givetherainbow #tastetherainbow #rainbow #lgbtq🌈 #support

For every pack (Share Size Packs and Medium Stand Up Pouches are included) purchased during June, $1 is going to GLAAD, one of the most famous LGBTQ+ activist media. While that donation will be capped at $100,000, that's still a change and it is not the first year Skittles have launched this “grey packs initiative” (UK and Canada came first in the previous years).

Molson Coors, the beverage company, has reaffirmed its commitment to the LGBTQ+ community with their “Tap Into Change” program partnered with the Equality Federation, allowing them to give back more than $100,000 annually.

Talking about continuous commitment, Nestle has been sponsoring the British LGBT awards for years, constantly underlining the importance of LGBTQ+ allies in the workplace. The organization demonstrates how staying true to values doesn’t only mean consumers but, crucially, employees and people directly responsible for its success. Red Bull is one of the most inspiring companies when it comes to marketing and they don’t disappoint when it comes to promoting inclusivity. Not only has the brand chosen a representative of the LGBTQ+ minority as President and CMO, it’s constantly pushing equality and diversity messages in its initiatives to drive change in mindsets. From dedicated content on their corporate website to outstanding billboards campaigns, Red Bull is certainly an example to follow for companies trying to showcase an authentic approach.

Continuity in this engagement gives more authentic resonance, which will likely be rewarded by consumers. How can we easily affirm this? Because LGBTQA+ consumers know who deserve their support.

Before we conclude, we must mention the Black Live Matters movement and how supportive the LGBTQ+ community is of the protests. Here’s what Luis de Freitas said about Pride Month & BLM: “As a member of the LGBTQA+ community, I can say that the Black Lives Movement speaks very dearly to us and that we have our own work to do to be more inclusive as a minority ourselves. This will be a very unique Pride month for all the right reasons – because we are celebrating the Pride that those before us fought for; and because we are fighting for the right to “Pride” for our Black brethren – not just for June but for the entire year!”.

Minorities are sensitive towards another, and the contemporaneity of the BLM protests gave even more impact to the Pride Month this year. As a result, both messages of support get mixed and brands like Reebok seem to take it very seriously.

Appearing authentic is also not limiting initiatives to one minority but trying to support any movement in need.

There’s a thin line between appearing inclusive & supportive, and losing oneself in an opportunistic pitfall. What will make a real difference, in the end, is a continuous commitment, driven by actions and donations, that will be rewarded by consumer’s preference. However, if we can easily detect when a brand is being opportunistic, authenticity is a more difficult concept to grasp, and embrace. Consumers are changing at the speed of the web, and with them, the entire definition of authenticity that’s being modified every day. There are many ways to understand consumers concerns and expectations, and the most efficient we know is certainly through their social media activities. Knowing what the reactions to this year’s initiatives are, understanding where some of the competitors went wrong and identifying unique opportunities to make a positive impact is how brands should prepare for next year’s event. Now.