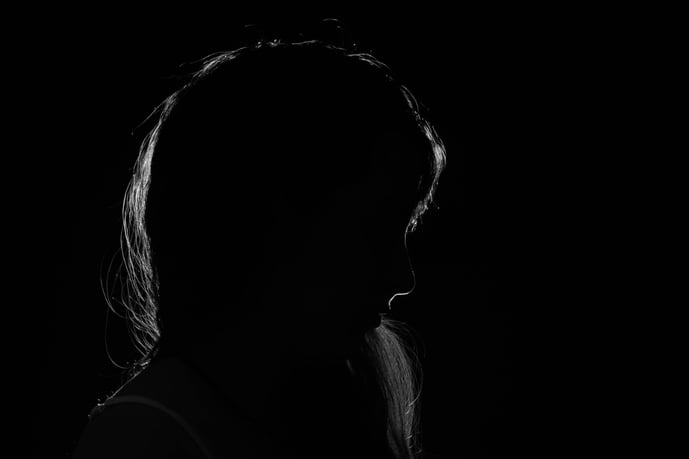 It raises some interesting questions: Is online shaming wrong in itself? Can it be a force for good, or does it always lead to harassment? And what is it about social media that rewards instant judgement?

As a social media intelligence company, we come across a lot of online public shaming in our data and analysis. We think it’s time we talked about it.

In this post, we’ll look at the rise of online public shaming, how social media contributes to this phenomenon, and what brands and individuals should do about it.

Public shaming is nothing new

The collective shaming of individuals is nothing new - the format has just changed with the times.

Before the rise of social media, however, widespread condemnation was a lot harder to generate. Even with the rise of the tabloid news media, the spread of shock and outrage was limited to the subjects that editors chose to cover.

In the 90s, for example, the extramarital affair between Bill Clinton and Monica Lewinsky led to endless coverage in newspapers and tabloids. The resulting damage to Lewinsky’s reputation and wellbeing even came close to ruining her life.

Now, with the rise of social media, public shaming has moved from tabloids to platforms like Twitter and Facebook. Anyone can participate, and doing so is as simple as opening an app.

This has led to a long list of examples of online public shaming, from the mid-flight sacking of PR exec Justine Sacco following an insensitive joke about AIDs in Africa, to a software developer being fired for an alleged series of sexual innuendos at a coding conference.

The role of social media in online public shaming

Social media’s accessibility has given people around the world a mouthpiece to raise and exchange ideas on meaningful issues.

This has done a lot of good, as shown by the success of online petitions and progressive movements. Platforms like Twitter and Facebook have expanded our knowledge of society, allowing people to be genuinely curious about each other.

As well as connecting people for good, however, social media has also amplified the “bloodsport” of public shaming.

More and more, users are encouraged to share damning accusations online, often with little to no context.

Rewarding instant cold judgment - with little or no context

Information travels fast on social media, and quick reactions are often prioritized over considered responses. Now, controversy can spread around the globe in a very compressed period of time - sometimes mere hours after an incident.

The format of platforms like Twitter encourages people to share ‘hot takes’ - short statements of support or condemnation - rather than thoughtful responses. This commentary often excludes the context necessary to understand complicated situations.

An excellent example here is the online rage unleashed on Lindsey Stone in 2012. Stone, a carer for adults with learning disabilities, shared an image of her flipping the bird in front of a sign at a veterans’ cemetery, part of a series of jokes between her and a friend.

Lindsey Stone at Arlington Cemetery in 2012. Source: The Guardian

The image quickly went viral, leading to condemnation from users around the world. Thousands of people on Facebook and Twitter called for Stone to be fired, and the resulting media attention led to her spending almost a year in isolation.

If people had understood the image as part of a series of intentionally tasteless jokes, they would have been less likely to accuse Stone of anti-military sentiment. Instead, sharing the image without this information allowed users to paint a different picture.

As author Jon Ronson states in his book So You’ve Been Publicly Shamed, instead of encouraging genuine human curiosity, platforms like Facebook and Twitter leave users “constantly lurching towards instant cold judgment”.

The use of algorithmic nudging also contributes to this problem. Let’s take a deeper look at what that means.

Because of algorithmic nudging, social media users see more of the information that is most likely to keep them engaged with the platform. In practice, this means people see more of the content that is likely to make them outraged.

This nudging contributes to the well-documented “echo chamber” effect, where users are presented with information and opinions in-line with their existing beliefs. Over time, this makes it harder for people to see the full context of their online interactions.

The use of these algorithms can shape our perceptions of the world, particularly when it comes to online discussion of highly politicized events, such as the Brexit vote.

Former YouTube engineer Guillame Chaslot reported this phenomenon during the Brexit campaign and the 2016 U.S. elections:

The YouTube algorithm I worked on heavily promoted Brexit, because divisiveness is efficient for watch time, and watch time leads to ads.

Brits deserve deserve to know what @YouTube's AI promoted by the millions during the referendum.

Without transparency there is no democracy https://t.co/UPclipTfZX

In contrast with traditional media, social media platforms favor extreme positions, as these get more shares and clicks. That’s why provocative posts - such as those shaming individuals - get so much attention and engagement. (We've touched on this topic on a post about Trump and Twitter.)

Combine this with the fact that people are using social media as a news source, and you’ve got a real tricky situation.

Social media as a growing source of news

More people are now turning to social media as their primary source of news, as opposed to traditional print media. This has major implications for the spread of information in general, but particularly in the context of online shaming.

Arguably, this makes people less likely to be genuinely informed, and more likely to be swayed by sensationalist information shared with a social, political, or cultural agenda.

So, that’s some of the ways social media is changing public shaming. But is it all bad?

The pros and cons of social media shaming

As Jon Ronson puts it, online shaming can be good - in moderation.

After all, social media shaming allows us to hold people and organizations to account for bad behavior and to tackle challenging issues. This can lead to positive results for worthy causes.

For example, the online outrage over American hunter Walter Palmer killing a beloved lion in Zimbabwe led to an increased focus of animal conservation, and a wider discussion about the morality of trophy hunting.

Elsewhere, online condemnation of fashion brand DKNY over the unauthorized use of photos from the blog Humans of New York eventually led to a donation of $25,000 to a YMCA in Brooklyn and a stronger focus on online copyright issues.

More generally, users calling out bad behavior on social media has contributed to an increased awareness of racism, misogyny, and xenophobia.

Shaming brands online has even helped curb the use of child labor in clothing production and other industries.

In its most extreme form, however, online shaming risks destroying the lives of people merely for misunderstanding social norms or attempting awkward jokes. Sometimes, this shaming can lead to cyberbullying, self-harm, or even suicide.

In reality, the phenomenon of online public shaming isn’t good or bad overall.

Instead, it is an inevitable result of the human appetite for quick judgment, combined with social media platforms encouraging users to share provocative information with little context.

So, what can you do about online shaming?

Make sure you have as much context as possible

Whether right or wrong, online public shaming isn’t going anywhere. Brands and individuals in the public eye simply have to adjust to the way information travels now, and must find new ways to navigate and understand online opinion.

In this environment, brands need a lot of information on the context of online content. They can gather this information by listening to views and opinions with a diversity of cultural and social preferences, and by using the power of big data.

Not to toot our own horn, but social listening can help a lot here.

Let’s say news reports claimed Twitter users were furious about an issue. With social listening, users could dig deeper to understand how widespread this concern actually is, where it comes from in terms of location and demographics, and what to do in response.

Social listening also helps brands to be exposed to views from a range of social media platforms.

For example, discussion on Instagram is likely to be totally different from that on Reddit or Quora - it’s important to stay on top of it all.

Whether you’re doing that yourself, with an in-house team, or with the help of our social data researchers, the key is to interpret each online discussion while taking into account the digital (platform) and cultural context.

Online shaming can be a destructive force. However, it can also achieve good things by holding people and organizations accountable for bad behavior.

The difference between these two things mostly comes down to a question of information, thoughtful consideration, and context.

It never hurts to take the time to think about the real people behind every story shared online, and to consider why the author of the story - and the platform hosting it - might want viewers to feel the strong emotions they’re feeling.

As a final thought, consider Monica Lewinsky’s inspiring comments: “We are in a world of online harassment,” she says. “The practice of cyberbullying has mushroomed, and the power of humiliation is amplified and uncontained.”

“Now, we traffic in shame and desensitization, and it's a market industry we pay for and curate with our clicks. We need a cultural revolution, we need to remedy the compassion deficit and empathy crisis. We must walk a mile in someone else's headline."