Social Activism Will Change How Brands Do Marketing. For Good. 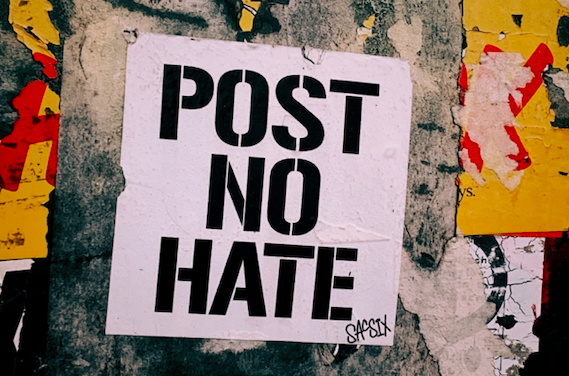 Is the advertising world changing for good? The last couple of months have been a tipping point to what, for many, has been a years’ long fight. Fight for justice and equality brought to limelight by the recent events in the US and subsequent protests around the world.

People have had enough. From peaceful marches and gatherings to education attempts and political debates, many have joined the movement to tackle systemic racism and injustice. An important part of the process has been a review of tools and techniques used to misinform and divide - social media being one of them.

Since the 2016 US presidential elections, social media giants have been under pressure to improve their strategies to tackle the proliferation of fake news on their platforms. The response offered to date has mainly been seen as a PR move and a bare minimum, rather than an effective and decisive approach the public demands. And so, starting in June, major global consumer brands joined Stop Hate for Profit.

The campaign originated in the US, with The North Face being the first major organization to boycott Facebook. They were swiftly joined by global consumer brands including Diageo, Unilever, Ford, and Adidas, who pledged their support and announced their intention to "pause" all Facebook advertising.

The boycott spread outside of the US, as the British producer of soft drinks Britvic, the European divisions of VW, and the French state-owned utility EDF officially joined the movement.

For this pause, most brands decided to take 30 days to re-evaluate their presence on social media platforms. However, confectionary group Mars gave no end date to its decision to halt all social media advertising. Towards the end of June, Unilever issued a stark warning of an “entirely new era of digital activism” and confirmed it won’t be running any brand advertising on Facebook, Instagram or Twitter in the US. CEO of the World Federation of Advertising, Stephan Loerke, told the Financial Times the advertising industry was starting to request big changes from social media platforms and noted that the recent moves feel “like a turning point”. He also speculated that brands are unlikely to come back unless there’s “been a structural change” - a clear signal that the majority of the corporate world caught up with what consumers have been talking about for a while now: accountability.

For now, Facebook doesn’t consider the boycott to be a serious threat, rather a PR issue where a major response is not needed. The platform’s CEO, Mark Zuckerberg, noted that the company is not planning to change its policies or approach because of a small percent of revenue loss. However, he did meet with Facebook’s key clients, including Unilever, AB InBev and Nestle, where he tried to reassure the biggest advertisers on the company’s policies and decision-making processes. Separately to this, Neil Potts, Facebook’s head of Trust and Safety Policy, admitted the organization has a “trust deficit” to work on.

Will it make a dent?

The list of companies joining the boycott continues to grow. It recently came to light that Microsoft, potentially the biggest advertiser yet to quit Facebook, suspended its Facebook and Instagram advertising in May, weeks before the launch of #StopHateForProfit.

P&G took a different approach and announced it won’t make any public statements about its activities on advertising platforms. However, its Chief Brand Officer Marc Pritchard confirmed some of the umbrella brands have started a comprehensive review of all media channels and programs to ensure ads come nowhere near hateful and discriminatory content.

Many analysts and media commentators see the boycott as largely symbolic and coinciding with wide-spread budget cuts enforced by the coronavirus pandemic. An analysis by Fortune revealed that, given that Facebook's ad revenue last year hit nearly $70 billion, the campaign is unlikely to make a real long-term dent. Not from the financial standpoint anyway. But even if temporary, when combined with the Blackout Tuesday on June 2 the boycotts accounted for the biggest single-day drop in ad spending for Facebook this year. For those involved, the impact on brand reputation will be significant - for Facebook itself and the companies who decided to officially take a stance. The difference is that the latter is likely to benefit from the situation if it remains consistent and truthful to the cause.

Previous attempts to boycott Facebook and Google had minimal results but the context for this campaign is different. It’s not based on a single, albeit tragic, event that happened. It’s triggered by years of campaigning brought to its tipping point by the death of George Floyd. The Black Lives Matter movement has changed how global brands do marketing. The effects won’t be a temporary change or a policy update. Instead, we expect a fundamental change in how organizations communicate and use communications platforms - particularly when it comes to inclusivity, hate speech and racism. Neutrality won’t do. Instead, ongoing support, open dialogue, and action are what's expected.

Not just an industry debate - consumers have their say

The latest decisions and reactions to #StopHateForProfit have been closely watched and discussed by the fiercest critics and loudest voices in the fight against racism and hate, consumers. Since early announcements in June, the online conversation relating to the Facebook boycott campaign has been ongoing. With almost half of the posts negative in sentiment, consumers shared calls to #deletefacebook and discussed the platform’s insufficient response to the crisis. Social media users of all backgrounds and ages contribute to the debate, often findings their own ways to make a real difference.

The My Black Receipt movement was launched in the US to support black owned businesses at risk of going extinct due to insufficient funds received from the government in the face of the Covid-19 pandemic. With the goal of spending $5million dollars between Juneteenth and July the 6th, the campaign encouraged consumers to spend their money on black businesses enlisted in the project. The public response exceeded the key objective in a short amount of time, with more than $7.5M spent at the time of writing.

In early June, Alexis Ohanian, co-founder of the social networking site Reddit, resigned from the company’s board and asked that he’s replaced with a more diverse choice. He announced his decision on Twitter, giving the public an opportunity to react and comment. An overwhelming amount of responses were positive but constructive criticism on how organizations can make a real change was also significant. A lot can be learned from posts relating to Ohanian’s announcement, particularly on what privilege and responsibility mean for the public today.

We’ve run several projects to analyze the importance of social activism and the verdict is clear - majority of consumers demand brands to be vocal. From the topics of diversity and inclusion within the luxury and beauty sectors, to sustainability in the automotive industry - brand reputation is directly linked with its approach to corporate social responsibility.

An opportunity to make a choice

How organizations react to the current landscape, the decision they take and execution which will follow are closely watched by the consumer. A big slogan or statement are not enough to demonstrate businesses care. Half-hearted attempts to participate in the debate are likely to be picked up to the detriment of those concerned. Purpose driven brands are consumers’ first choice and those choices are likely to be shared with peers and followers on social channels. As the corporate world re-organizes itself and paid content takes a back seat for the time being, organic content continues to contribute to a brand’s success. As consumers use their online presence to share recommendations and opinions based on their personal experiences, they can also inspire appropriate and often innovative actions.

Social conversations offer an unbiased and spontaneous overview of what is important and why. With timely response being a part of the success, brands have an opportunity to discover in real-time how they can make a change. At a global level, it’s fighting for a cause they believe in, at a local level - it’s about an execution that is appropriate given the geographical, political and social-economic context.

Many brands still consider whether investing in social intelligence can be a tool for change in their organization. The recent Facebook backlash as well as budget cuts due to Covid-19, combined with the need for real-time, no-touch research, prove that it can. From the consumer point of view, the last three months have been revealing and in some cases, shocking. Some brands have stepped up to the challenge and found purpose, utilizing resources for good, supporting communities affected by the pandemic, demonstrate their stance on racism, or demanding social inclusion, while others brands have failed.

Social intelligence has revealed that more than ever before, people will take their money elsewhere unless they see positive impact from brands, and they will take their communities with them.