Between July 2014 and August 2014 there were over 2.4 million ice bucket-related videos posted on Facebook and more than 3.7 million Instagram videos featuring the following hashtags: #ALSicebucketchallenge or #icebucketchallenge. Even Justin Bieber uploaded two ice bucket videos to Instagram, receiving over 1 million likes each, in just two months the charity raised over 98 million dollars.

Charities use a range of media to raise awareness, and while traditional media has existed and still exists as a powerful tool for this, social media is just as powerful. It offers an added layer that integrates interactivity and relationships, as well as presenting an opportunity to go viral, thanks to pre-existing influencers.

While organisations are aware of the power of social media, the process of defining a social media strategy within a sphere of endless possibility can be a challenge.

Comic Relief, a British charity founded in 1985, hosts a biennial event, Sport Relief. The event that

“brings together the worlds of sport and entertainment to raise money to help vulnerable people in both the UK and the world's poorest countries.”

Between the 10th and 20th of March, there were over 235,000 social media posts related to Sport Relief, driving a total of 3.2 billion global impressions. Our Movember Case Study highlights that Movember 2015 reached just half this volume in the same number of days.

On Friday 18th March, BBC aired a night of Sport Relief TV which triggered 20,000 more tweets than the previous eight days collectively. A focus point of discussion during the show was presenter Davina McCall’s wardrobe malfunction. The McCall mishap was global, with 6 continents joining in the conversation.

We used our social media monitoring, analytics and engagement tool Radarly, to pinpoint the key roots to success within the Sport Relief 2016 social media strategy.

On Twitter, #SR16 was used over 44,000 times, making up 21% of Twitter-fuelled Sport Relief conversation, indicating that it was the event as a whole that was gaining traction not just the specific challenges.

As well as functioning as a linking and search feature, a hashtag also prevents dilution of conversation and sets an online identity for a campaign.

The right type of action

Sport Relief raised a staggering 57 million pounds, however this was not achieved by a heavy push of call to actions.

Only 10% of conversation included the following action words; donate, sponsor and give.

Sport relief used social media to push its actions not a call to action.

It is key for a charity to encourage users to believe in the cause in order to donate to it. Instead of pushing instructions and a sales-like pitch, Sport Relief shared content to explain the who, what, why, how and where, regarding the difference a donation can make.

Keeping on top of trends

Whether it’s Instagram’s backward Boomerang or Snapchat’s face morphing filters, it is imperative to embrace the latest apps and features online. An element of the Sport Relief 2016 Twitter strategy was the pairing of Twitter and Periscope.

The live video streaming service was employed by Sport Relief to push live footage of charity events. The Periscope event that received the highest level of traction was a #marathonman event. The tweet that linked to this particular Periscope footage of Eddie Izzard drove 800,000 global impressions.

...on the right channel

Each key platform used by Sport Relief was utilised in a different way.

71% of tweets from the Sport Relief account included images but less than 1% included video content. Whereas for Facebook, video content was the predominant communication outlet with 72% of posts including a video. The most engaged with video boasts 1.9 million views, 3,000 comments, 8,000 shares and 54,000 reactions.

The only video posted by the Sport Relief Twitter page received just four retweets and ten likes, whereas the most viral image on Twitter received over 4,000 retweets and more than 5,000 likes.

In order to feed the reactive Twitter audience, posting on Twitter is a more regular requirement than Facebook. As image collation is a more instant process than video production it is suitably fitted to their Twitter strategy.

By tweeting 592 times the Sport Relief Twitter account gained an average of 410 followers per day. Consistent interaction elicits consistent growth.
For Sport Relief, Facebook was the platform with the highest engagement rate. Its top post harvested 117,000 reactions (led by like and love), 7,800 shares and over 4,000 comments.

YouTube was used as a key platform for Sport Relief to communicate their work and achievements, generating trust and knowledge in their followers. Between March 10th and 20th, Sport Relief published 47 videos on YouTube and received over 1 million views.

Influencers on the Inside

Influencers have a very important place on social.

As demonstrated in the word cloud below, the most mentioned words in connection with Sport Relief 2016 were primarily names of influencers and names of campaigns.

The involvement of celebrities/organisations with a large following is purposeful in multiple ways.

The amplification generated by an influencer presents a momentous level of exposure.

Hope you all enjoyed the sketch. But don't forget what it's all about, @sportrelief is such a good cause! Please continue supporting!

Comprising a list of varying influencers enables the charity to reach a differing calibre of digital donors via a number of methods of communication. 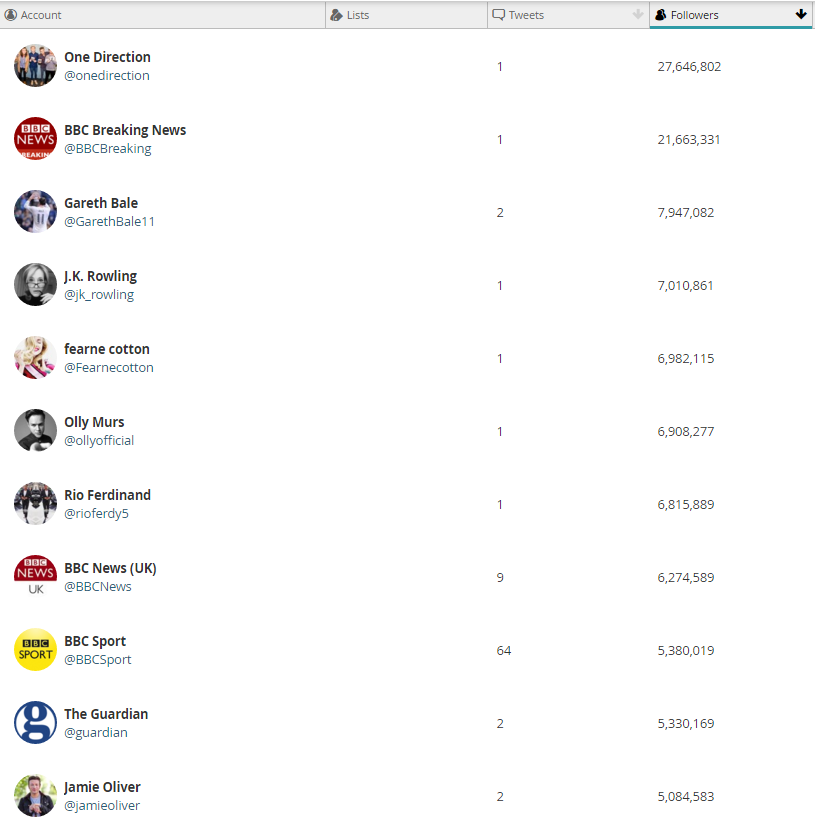 Listed above is Fearne Cotton, a radio presenter, a television personality and a social media influencer. The involvement of Fearne will have triggered reach across social, TV and radio.

A credited string of valued supporters enhances a charity’s reputation and an audience’s trust in the cause.

2016 is the ninth edition of Sport Relief that has been sponsored by Sainsbury’s and the supermarket chain added 48.2 million global impressions to this year’s Sport Relief exposure.

The company drove online engagement by interacting with customers about the Sainsbury’s Sport Relief games, Sport Relief merchandise as well as encouraging conversation through campaigns, pushing the slogan “do yourself proud”.

Even Susan the sloth is doing herself proud for #SR16. Shop mugs in store and online now.

The most discussed challenge of Sport Relief 2016 was Marathon Man.

Comedian Eddie Izzard chose to run 27 marathons in the South African heat to symbolise the 27 years that Nelson Mandela spent in prison. As well as running the marathons, he spent time visiting communities, organisations and families that have been helped by the work of Sport and Comic Relief.

Sport Relief and the BBC provided constant social media coverage on Eddie’s journey, resulting in almost £1,700,000 worth of donations.

Awareness can be achieved in an uncountable of number ways: Facebook’s ability to reach a wide audience, the amplification of influencers, building relationships through Twitter or sharing your story via YouTube - just to name a few.

In light of an effective strategy, social media presents charities with a great opportunity to increase visibility.

Linkfluence can help each step of the way.

The hybrid approach of our cutting edge technology and team of expert social media researchers can provide valuable insights to advise your strategy and inform business decisions.

Insights based on data collected between Thursday 10th March and Sunday 20th March.