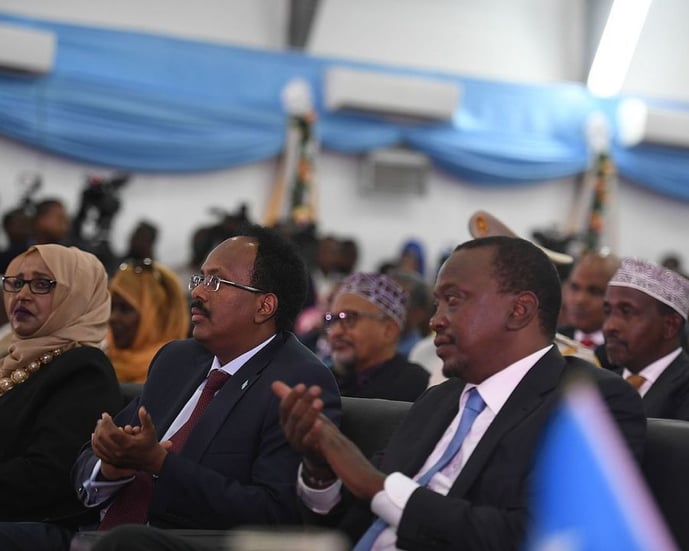 An interview with Noah Miller, Managing Director of Sochin Limited

We’ve met with Noah Miller, Sochin’s Managing Director, to dig a little deeper into their findings as well as understand the value that Linkfluence brought into their research project.

Could you start by telling us a little bit more about you?

I am currently based in Nairobi where I am the Managing Director of Sochin Limited, a data analytics and communications consultancy.

Before coming to Africa, I spent five years in the Middle East and have also worked extensively in Asia, Europe, and the US. My professional interests include foreign affairs, media development, and behavioral change.

What do you love about social media and social listening?

Communications is fundamentally about people: how they interact, what opinions are shared, and how new thinking emerges. This process happens largely behind closed doors in the traditional media space, but social media allows these interactions to be more transparent.

Most importantly, every single interaction leaves a digital footprint in the form of data that can be analyzed. It’s absolutely fascinating to get insights about collective behavior through social media, though one also needs to realize the limitations of the social media space.

How did you go about choosing Linkfluence's social intelligence platform?

Two years ago, my company did an exhaustive comparison of top-ranked social intelligence platforms. This entailed a review of marketing documentation, talking with representatives, and testing shortlisted programs. We then ranked each platform based on our specific needs and concluded that the Linkfluence platform had the best value proposition.

The purchase decision was swayed in large part by Linkfluence’s historical data offering which we often require for baseline studies, a user-friendly interface, the downloadable PowerPoint report, and the plans for expanding the platform’s functionalities.

What role did Linkfluence play in your research on the elections in Kenya?

Kenya is still a young democracy and it was vital that the August 8 general election was deemed to be free, fair and credible. To this extent, Sochin Limited worked with the Aga Khan University Graduate School of Media and Communications to monitor social media conversations related to Kenya’s Independent Boundaries and Elections Commission (IEBC), election violence, and hate speech. The project also investigated how the media reported on the election.

Linkfluence enabled us to build detailed queries around the four topics and the system collected 2.3 million social media conversations between May and August 2017. These posts were further analyzed in order to provide weekly and monthly reports on key conversation themes, influencers, trending hashtags and sentiment.

What role do you think social media played in this year's general elections in Kenya?

Kenya had its first full-blown social media election this year. The digital tools and tactics were similar to those witnessed in elections across the world: paid advertising, fake news, attack ads, use of political influencers, deployment of data mining companies, etc.

Despite all the hype about social media in Kenya, I believe that Twitter and Facebook reached voters predominantly in the capital and a few other urban centers. The political conversations were more about rallying existing supporters than attracting new voters.

Could you tell us more about your findings?

Our mandate was to keep the client apprised of social media conversations about Kenya’s election, but we uncovered deeper insights using Linkfluence’s platform.

For example, we discovered that certain influencers were trying to undermine the credibility of the IEBC by pushing Twitter hashtags with negative connotations. This typically involved an influencer initiating a conversation that was then heavily retweeted. Such posts sometimes trended on Twitter in Kenya and created the impression that the IEBC was unable to hold free, fair and credible elections.

Another fascinating finding involved an analysis of geo-tags. We determined that 85% of Twitter posts with geo-tags came from Nairobi, which runs contrary to the belief that social media are ubiquitous in Kenya.

Finally, we found that social media conversations around the election, unfortunately, contained a lot of ethnic slurs. Such language can be classified as a form of hate speech, which is a troubling finding for a society comprised of 44 different tribes.

Would you say social media engagement had an impact on voter choices?

Academic research paints a mixed picture in terms of politicians using social media and getting more votes. This is confirmed by my own research around Kuwait’s parliamentary election in 2012.

My own belief is that the socio-economic and cultural environment needs to be conducive for social media to heavily influence an election outcome. In the Kenyan context, I don’t think the impact was large.

The more interesting questions are what influence WhatsApp played, as well as looking into the convergence of social media chatter, and what was passed on via word of mouth.

What difference did using Linkfluence make in your project?

It would have been impossible to implement this high profile project without support from Linkfluence.  Its account management team was extremely helpful when we built the search queries and the team was always responsive when we had to make amendments.

I do not think that any other social data intelligence vendor would have given us the same level of dedicated support. Consequently, I had the utmost confidence in the data we collected and, more importantly, in the findings we presented to the client.

The account management team also worked with us to continually upgrade our data package so that we never missed out on posts coming into the system.

It is this kind of partnership that will make the difference between success or failure on a monitoring project.

What else do you use Linkfluence for?

While it is easy to overlook the growing number of features on Linkfluence’s platform, we have found its publishing platform to be very useful.

Recently, we are spending more time with image analysis, which is not surprising given the importance of photos and videos on social media. 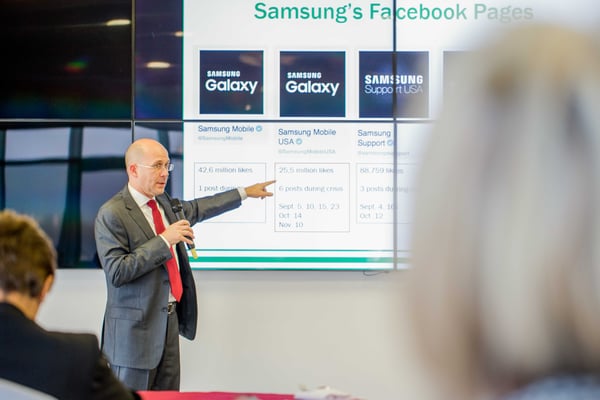 Statistics from research companies unequivocally show that posts with imagery have higher engagement rates. It’s also becoming more important to detect manipulated imagery and protect brands from any damage. We have noticed on our own social channels that posts around image analysis resonate well with our followers.

Our dataset on the Kenyan election is very unique and we are currently conducting an in-depth study to uncover the underlying social network structures, determine how narratives were disseminated on Twitter, and discover new definitions of influencers.

We also want to investigate whether or not the local media was partisan and supported specific agendas through their online reporting. Similar research has been conducted for Western elections and some of the findings have been revelatory.

We hope Sochin's research on Kenya’s recent election will contribute to the knowledge about social media usage and democracy building.