The Most Loved Football Teams in Europe, According to Science!

Football is an emotional topic, people get passionate about their favourite teams. But is it possible to discover which team is the most loved? How would you even figure that out?

Fortunately for us, football fans love to talk about their teams on social media. A lot. And that gives us a huge volume of social data to analyze around the topic of football.

So just for fun we used our social media insights platform to analyze conversations about all the European Champions League teams, and rank them in order of how much positive sentiment they got.

A few points to cover before we look at the list:

We only included the top 20 teams here because after that, well, it just felt a little cruel to focus on the teams with lower positive scores.

It's important to remember that this score is calculated as a percentage of total mentions for each team, so just because a team got the highest percentage of positive sentiment, that doesn't necessarily mean they got talked about the most.

If you're interested in knowing which teams got the highest volume of mentions in total, this share of voice chart shows that. 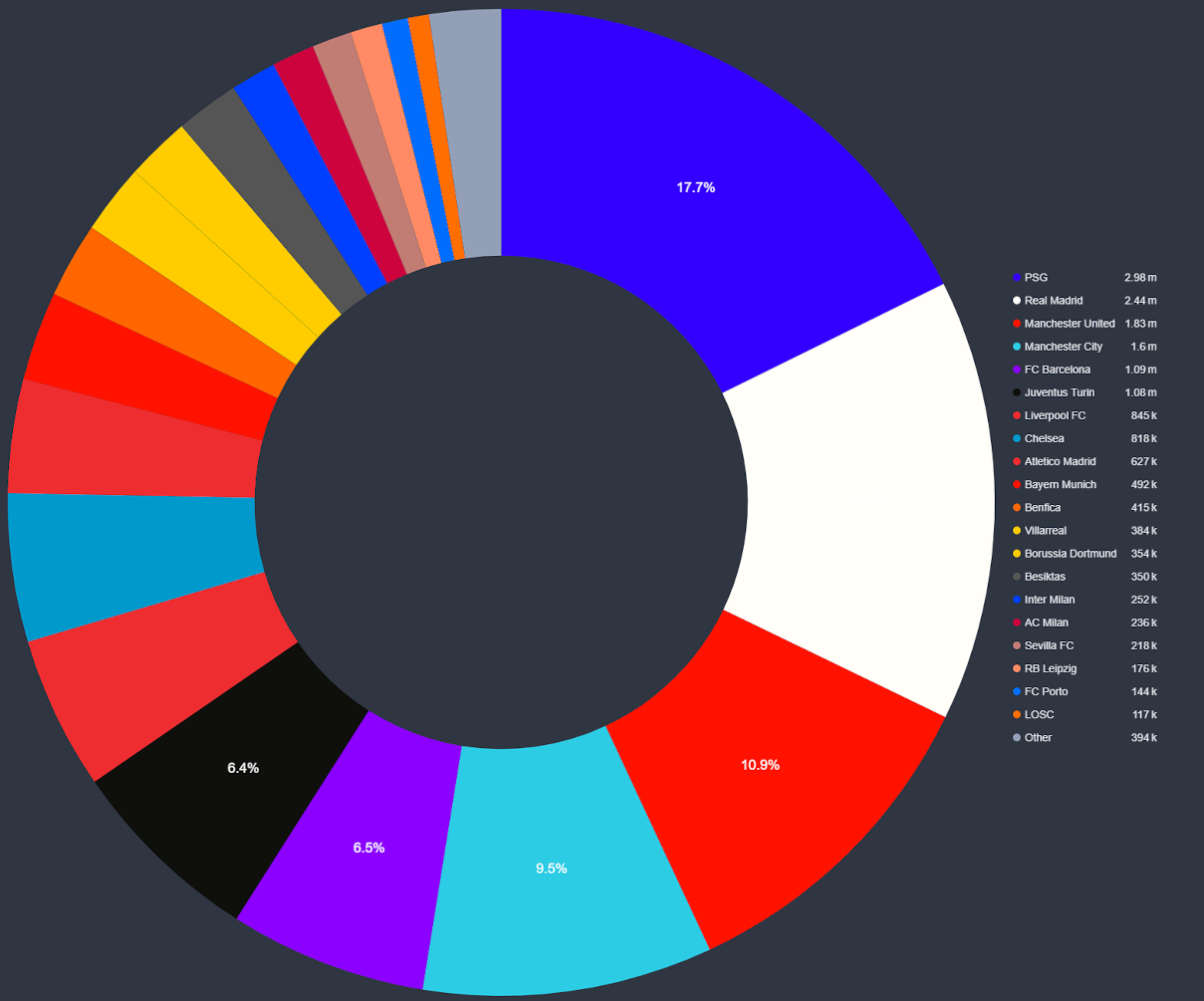