The Sainsbury’s and Asda Merger - What does the future hold? 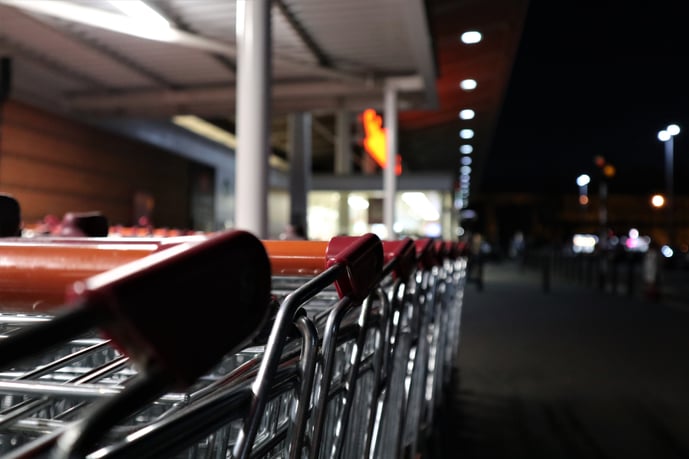 The social web's reaction to 'Sasda'

The recent news of Sainsbury’s buying out Asda has sent shockwaves through the UK retail market. Who are these retailers and why has the news caused such a stir – here’s a quick breakdown.

Asda and Sainsbury’s are two of the biggest supermarkets in the UK. Both brands have been known as ‘giants’ as they dominate the industry. The key difference is the brand connotations which the British public associate with the two brands. Asda (currently owned by Walmart) is primarily known as the cheaper option supermarket, selling products at a significantly lower price than their competitors. In comparison to this, Sainsbury’s prices are higher and the quality of their food is perceived to be of a higher grade.

Asda and Sainsbury’s have been head to head with market share, but the merger will see the new business overtake Tesco as the UK’s market leader.

Due to the price differences, both supermarkets had previously attracted different market segments – so the announcement of the merger raised major alarms for regular Asda shoppers, with concerns over price changes a key factor.

Why are Sainsbury’s making the move now?

The initial deal when Walmart bought Asda in 1999 was set to change the entire industry. This backfired with profits from Asda making little improvements year on year whilst stores and staffing had more than doubled. Additionally, with competition rising in the USA with Amazon, it looks like Walmart have bigger fish to fry.

The demographic breakdown from within Radarly showed the dominance of  18-24-year olds in the conversation regarding the merger.

Realistically speaking, this could be for two reasons, this age range could involve University students, who are usually on tight budgets and would prefer to shop at Asda and save money for other purposes. Another reason could be employment, often this age range could work in one of these supermarkets at the weekend, or full-time. With over 1,500 posts circulating around jobs on the announcement date, it comes as no surprise why this age range has been so vocal.

When news broke of the merger, a dedicated topic discussed was the security of Asda jobs. The current understanding amongst employees as to what it means for jobs in both supermarkets is again something that is widely unknown with staff taking any promises with a pinch of salt.

What were the other key talking points?

Whilst the merger is likely to affect the country politically and economically, there’s some news which managed to go viral on social media.

With the announcement, everyone took to social to think of a new name for the supermarket making its way into the industry. Trending names such as “Sasda” “Asbury’s” and “Ainsbury’s” have been gaining popularity on Twitter, with many users making light of the acquisition with new names and making logos with the Sainsbury and Asda fonts.

Asda and Sainsburys merging only one name I can of.. pic.twitter.com/H75wPpIXnT

The most popular post which gained the most attention on social media was the CEO of Sainsbury singing “we’re in the money” from the musical 42nd Street whilst awaiting an interview with ITV. Mike Coupe’s gaff was not received well, huge volumes of comments were left on the ITV news Facebook post on the negative impact the merger will cause.

Topics around the merger were largely dominated by the effect of the merger on the UK and wider market with Tesco and Amazon, along with budget options Lidl and Aldi, being used in comparative terms.

Overall, uncertainty is still rife with the merger, will there be a rebrand – perhaps not based on how many loyal customers there are for the supermarkets individually. One thing it will do is shake up the groceries market even more with the growing prominence of of Aldi and Lidl. Not to mention Amazon’s first foray into the supermarket space. The future is far from certain. Will the merger be a success? Only time will tell.