What are really this year’s top Christmas toys? 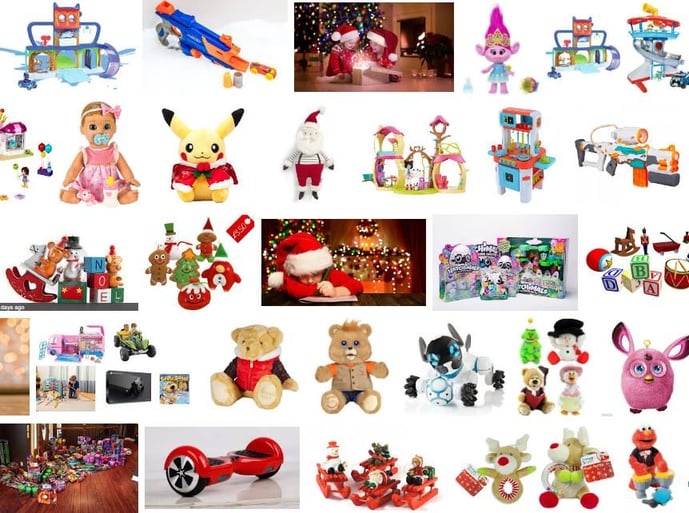 The Toy Retailers’ Association released its annual list of “DreamToys” for Christmas mere weeks ago, and already social media is abuzz with parents’ thoughts and retailer competitions. From hatching eggs to laser tag kits, and from Star Wars Lego to a flushing toilet, this year’s top Christmas toys are a really mixed bag - some refreshingly original, others sequels to previous success stories.

But it’s all well and good for the retailers to name their tips - what do the parents actually think? Using the Linkfluence platform, we analyzed ten sought-after Christmas toys from a number of top toys lists, including the DreamToys list. We found that 78% of the conversation on consumer platforms centers around three toys: Fingerlings, Hatchimals, and Star Wars Lego. 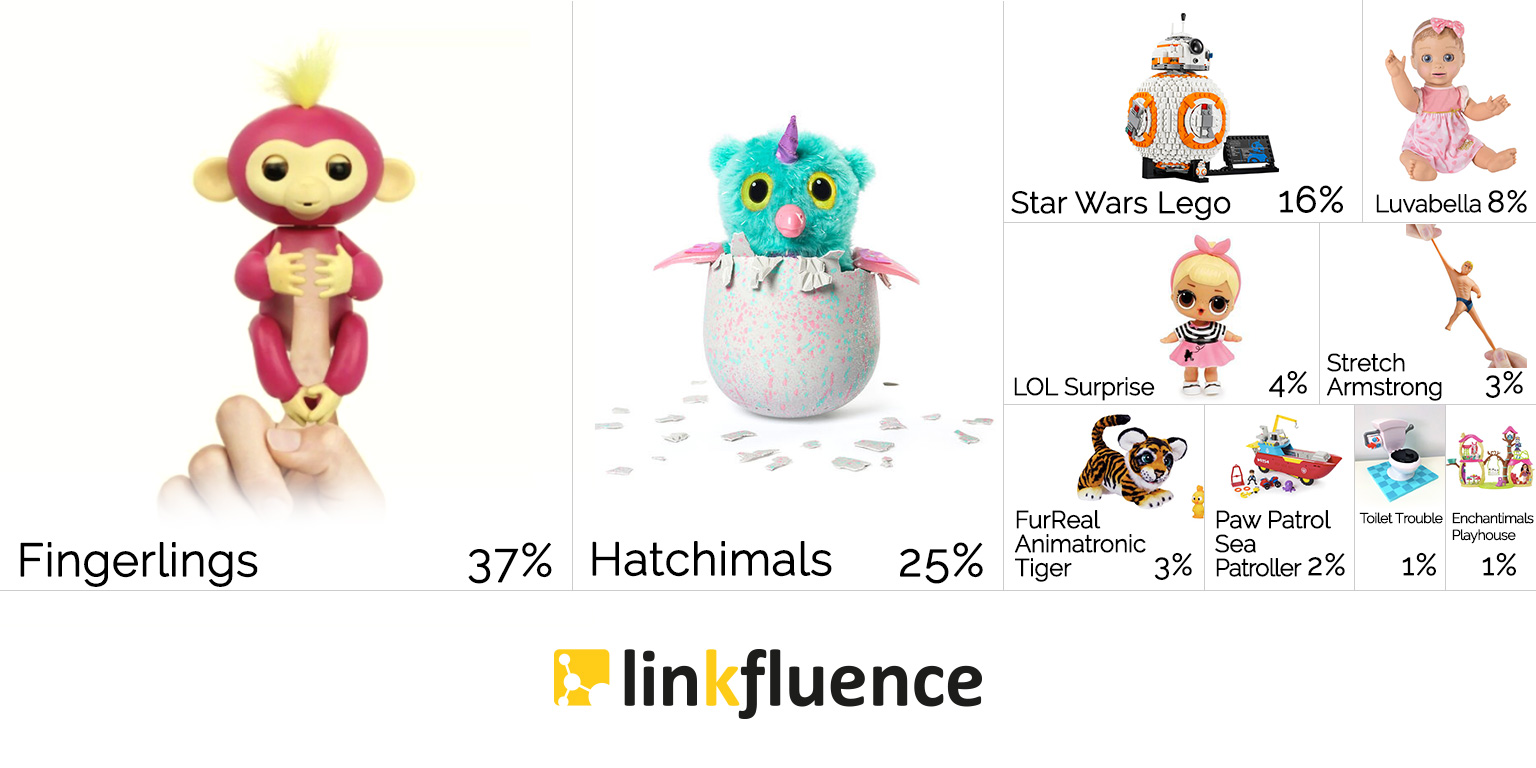 The digital domination of these three has largely been driven by media recommendation; Fingerlings were dubbed one of the hottest Christmas toys this year by the New York Times, while the Star Wars Lego set was recommended by Nicholas Thompson, head of Wired magazine, reaching an audience of 7k people. Fingerlings also dominates when it comes to share of voice online, followed closely by one of last year’s big-ticket items, Hatchimals.

Meanwhile, contrary to predictions, Toilet Trouble and the Enchantimals Playhouse achieved the lowest share of voice among the top ten toys monitored.

And of course, when talking about Christmas retail you also have to look at reports of sales. Social insights show 49% of content around the term “out of stock” mentioned Hatchimals - like last Christmas, these are truly the hottest toys around. Fingerlings and LOL Big Surprise were the second- and third-most sold out toys. Fingerlings has been frequently reported online as out of stock at all big retailers, including Amazon, Walmart, and Target; its popularity even prompted sales of fake Fingerlings as counterfeiters cash in on Christmas.

Retailers were highly active on social media, using online channels to promote their stock and offers on some of the most popular toys.

Some of the most viral posts on Instagram are from parent influencers, such as Katie Lindoll and Stacie H Connetry (pictured). Stacie reached an audience off over 20K people with her own gift guide for school-aged kids, featuring Star Wars Lego and Hatchimals in her top 10. 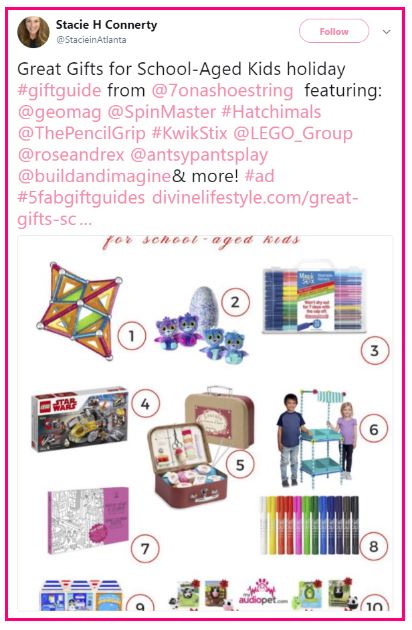 The official list itself - not a ranking as such, but a list in no particular order - includes a few surprises, including the re-emergence of retro favorite Stretch Armstrong, for one. If the £134.99 price tag on Hasbro’s FurReal Roarin’ Tyler tiger, which features 100 sound and movement combinations and interacts with sound, is a little too much for this year’s budget, try this season’s must-have family game, Toilet Trouble - at £17.99, the old-fashioned game sprays the losing side with water.

Do your own research

Whatever the driving force behind conversations, the retailers’ list reflects anticipation in the wider world, and is a source for predicting the year’s sought-after toys - as reflected in the social media conversations in the lead-up to Christmas. The remaining toys will likely sell quickly, but there’s plenty out there to spark the imagination. Remember to check online reviews and unboxing posts to understand more about the toy before purchasing, but don’t dilly-dally if you want to get your hands on the toys everyone is talking about.

And if you’re in the business of retail, social insights - such as those offered by the Linkfluence platform - can help you track trends and conversations, giving you a heads-up for what’s about to fly off the shelves, and where you might need to increase orders.

Get in touch to discover how Linkfluence can help you identify retail trends.