What we learned at Social Media Week 2018 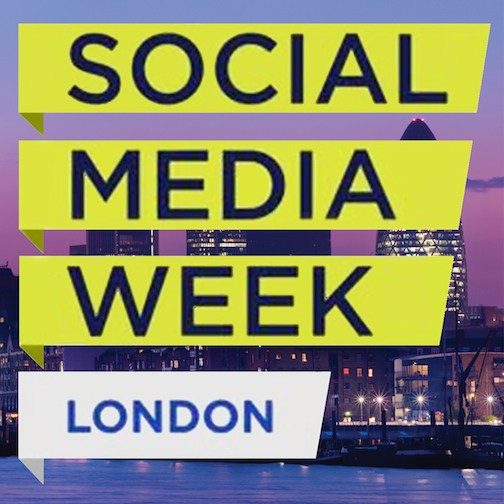 As it’s near lunchtime, and I’m thinking with my stomach muscle not my brain one, I’ll start by reviewing the culinary offerings at #SMWLDN18 as opposed to the educational takeaways, just to give you a holistic flavour of what was on offer at the event. All three days, a continuing theme was a staple of generic sandwiches, your hams, cheese etc. But then, amongst this mundanity, came the daily curveball; chicken and soy sauce sticks (Wed), sliders (Thur) and on Friday, they brought the big guns out, tuna, or was it pork? fajita wraps, yummers.

Luckily for us, the talks on show were as diverse as the daily curveballs from the kitchen.

On day 1, one of our own, Gareth Owens, took to the stage to walk the audience through how social data can be utilised to create business opportunities. Using an example from veganism, Gareth showed how monitoring conversations online can provide you with enough social data to not only identify emerging trends such as veganism, but delve into the intricacies of the trend to shape your strategy. For example, the evolution of macadamia as a vegan centric ingredient over the past year has seen a decline in social mentions, meaning that not only should marketers decrease its prevalence in their collateral, but also the warehouse team might want to reign in the order numbers!

Moreover, communities and their motivations within a trend can also be gleaned from social media data. Vegans fall into categories such as health conscious, activists and trend followers, to name a few. Once you have this audience segmentation data at your disposal, the benefit of being able to shape brand values and messaging around the issues close to your audience’s hearts, is massively beneficial to engagement. 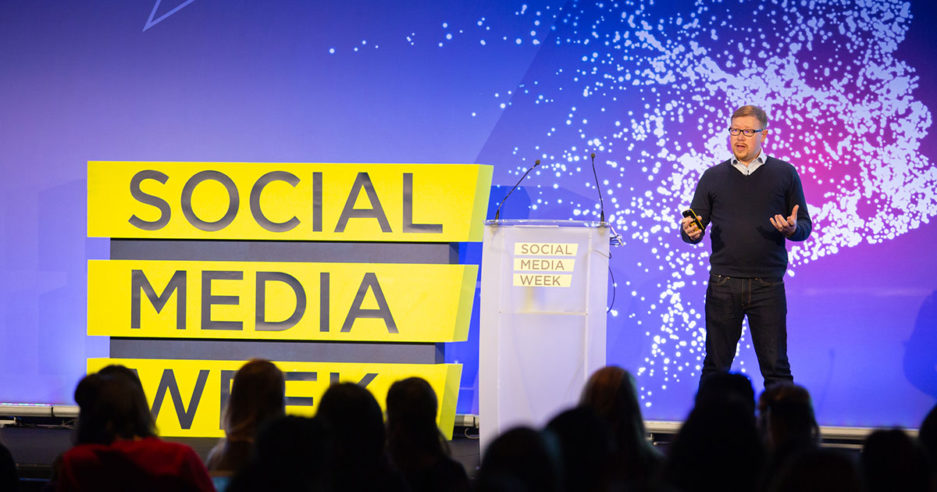 The next talk, which I accidentally wandered into (I must have been delirious from all of the soy sauce) discussed how a legacy brand such as Mr Bean maintains engagement on social. The speakers discussed how, In the age of the gif/meme, repurposing old content into a condensed micro format can breathe new life into otherwise ‘dead’ content. With more than 80 million global fans on Facebook, Mr Bean has a bigger following than the likes of Justin Beiber, Taylor Swift and Manchester United; they’re obviously doing something right!

Hey Human’s talk involved live neuroscience testing with an on-stage subject, who was either adorning a shower cap with fairy lights on or a very advanced piece of tech. The precursor was that stereotypically social media overindulgence has a negative cognitive impact on users, along with findings that women spend 45% more time on phones than men. Hey Human’s analysis of the topic, though, redefined the trend on the effect of social media on our brains. Firstly, Instagram was more engaging than Facebook but left more negative sentiment on the user, whereas Facebook bore negative emotions stemming from confusion when using the platform. Interestingly, those who spent more time on the channels (4-8 hours) were left with more positive emotions than those with a lower viewing time of 1-4 hours.

The live demonstration included an outputted waveform of the subject’s neurological reactions to various video content and distinctively suggested that easy to consume content that generates low cognitive load and high engagement was most impactful - content that drives emotional triggers as opposed to ‘making us think too hard.’ This made me think of the plethora of modern banking adverts that, instead of discussing interest rate variables, now include emotionally contrived scripts that have very little to do with the offering.

As expected, in a data driven age, many of the conversations were centred around statistics on social media analysis. Here are a few highlights:

Slight non-sequitur, if you ever want to get attendees to your stand, the booth next to ours had an oxygen bar, with 4 different types of euphoria inducing flavours. The delegates gathered around this unique contraption like there was no tomorrow. I can’t for the life of me remember what the company do, but eucalyptus flavoured oxygen is peak event marketing collateral.

What was the overriding theme of the conference? A vast majority of talks discussed how, in a content rich world, we need to break through the noise to engage our target audience; along with making sure you maximise every millisecond to get through to viewers that now have the attention span of a goldfish on Red Bull. Video, gifs, meme’s, basically anything but copy. Copy is dead! Which I’m assuming means that most people stopped reading this article a long time ago. Oh well, sod it, I’m off to get some tuna fajitas….

You can watch the livestream of Linkfluecne's talk, How Social Data Helps Brands To create Business Opportunities. Tweet us your thoughts to @linkfluence on Twitter.