Why ITV2’s Love Island leads the way on social. 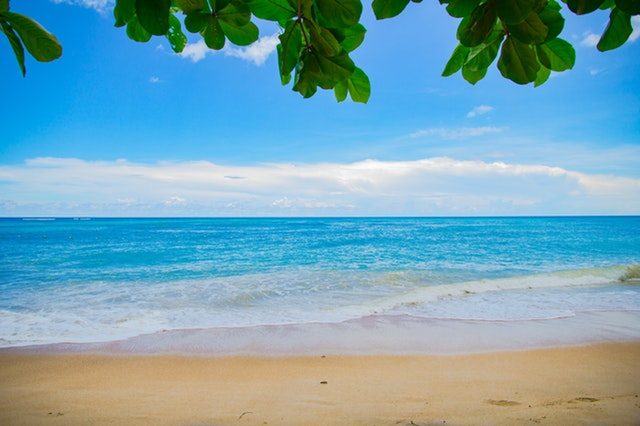 We take a look at ITV2’s 24/7 social activation of Love Island.

Yes, we did have to go there. ITV2 have been graftin’ hard establishing their social engagement initiatives on the back of Love Island to make sure they don’t get pied off by their audience. Without laying it on thick like factor 50 and staying loyal to their viewers they’ve managed to create a constant feedback loop of channels that filter into the show resulting in a strategy that’s 100% our type on paper. The 5 methods below illustrate how ITV2 joined the doing bits society of the social media world, so strap in, because you’ve got a text……

Love Island definitely falls on the marmite spectrum when it comes to opinions. So much so that those who love it almost seem to have their own cliques. The bellow utterances have definitely been heard in more than a few offices across the country:

‘’What the hell are they rambling on about?’’

The opening paragraph of this article contained 7 phrases that are synonymous with the show and its participants. The use of these colloquialisms isn’t something that’s lost on brands, with attempts such as Primark’s to enforce identity based upon the sense of community that Love Island has created.

Word of mouth is still the most powerful marketing tool going, and when a highly marketable TV show is being discussed by the water cooler on a daily basis, brands are going to want a slice of the cake.

With a whopping 3.4 million viewers tuning in to watch, it's no wonder that sponsors of the show are starting to reap the rewards.

Missguided partnered with Love Island to style all the islanders on the show in an effort to boost brand awareness and break conventions that it’s more than just a festival and occasion wear brand.

According to Missguided’s Chief Customer Officer, Kenyatte Nelson “Sales have spiked by around 40% between 7pm and midnight when the show airs”, thus making it one of the most effective ways for the brand to reach their target audience of 16-30 year olds.

The brand uses its Instagram channel to promote outfits worn by the contestants of the show; making them available to purchase online after the show has aired.

ISLAND STYLE ALERT! Tonight we’ve officially uncovered the 2018 Villain of the Villa (Adam, it’s a no from us ‍♀️), crowned Rosie Top Hun, AND put all the outfit style steals from tonight’s episode in one easy place. Head to our Insta Stories to shop them all! ❤❤ #ISLANDSTYLE #missguidedstylesloveisland #loveisland

Similarly, Superdrug is sponsoring the show again due to their success from last year’s series. The health and beauty retailer have stated that their steady financial figures are due to marketing campaigns like its sponsorship of ITV2’s Love Island, driving sales of makeup and encouraging the growth of its market share of the cosmetics sector to 32%. Last year the show helped Superdrug gain 200K more visits online after each show and a 9% increase in purchase intent. This year, Superdrug has seen a 16% profit leap as fans purchased make-up and skincare products.

Of course, you don’t have to be an official partner of the show to leverage its popularity on social. OK Magazine has posted the most with 2930 posts since this season’s show began back in June, with 1.61 billion impressions. Publications such as The Sun, Daily Express and MTV UK are pushing posts with mentions of Love Island out up to 16 times a day.

Top 5 Love Island influencers by reach from June to July

Even though these brands aren’t affiliated with the show, it comes at no loss to ITV2 as it brings them even more free exposure to increase the show’s reach.

Looking at the post frequencies inside Radarly for #LoveIsland at time time the show is on TV (between 9-11pm) daily, we can see the amount of potential ITV2 have for real-time engagement. The spikes represent up to nearly 25,000 published posts within the showtime window. Twitter dominates the conversation here with 99.21% of the conversation taking place on the platform.

Responding to posts, accelerating interactivity with live polls and posting teasers during the ad breaks makes live Love Island TV a truly multi-channel experience. The interactivity that goes with it creates a FOMO (fear of missing out) nuance for fans, reiterating the shows power over its audience.

this England game is a real winner, half for winning and half for being finished just in time for #loveisland

To create a constant feedback loop, ITV2 employ a multi-channel touchpoint strategy to make sure that Love Island viewers are constantly engaged with the show even outside of the 9-10pm TV slot (10-11pm on ITV2+1). Each day their 2 minute ‘first look’ teaser gets posted to their Instagram channel, which has a 2.1m following. On Twitter, they also employ teasers with quotes from the contestants to build the suspense before the show and create conversation around the anonymised text.

One couple hits a major bump in the road tonight, but are they heading for a dead end? Find out at 9pm on @itv2. #LoveIsland pic.twitter.com/NE6edIEDBh

When they’re not relying on the show itself, ITV2 push quizzes such as ‘Which Love Island Character Are You? - compelling participants to share their results to their personal channels, building discussions and encouraging others to partake. The Love Island app gives them the added benefit of data capture, with enough content to keep their downloaders plugged in to the Love Island machine 24/7.

And who doesn’t enjoy a good poll? This simple yet effective conundrum rendered 36,540 votes within the short lived voting time.

Which couple would you save? #LoveIsland

Whether you’re a fan of the show or not, the social footprint of Love Island is impressive. With 10 official sponsors signing up to this year’s show and the channel even plugging their own water bottles, the commercial value of the Love Island product is skyrocketing. Combine this with the around the clock social feedback loop, the team at ITV2 have put in place, and things are looking far from muggy.