Fan Favorites: Who Will Win Game of Thrones? 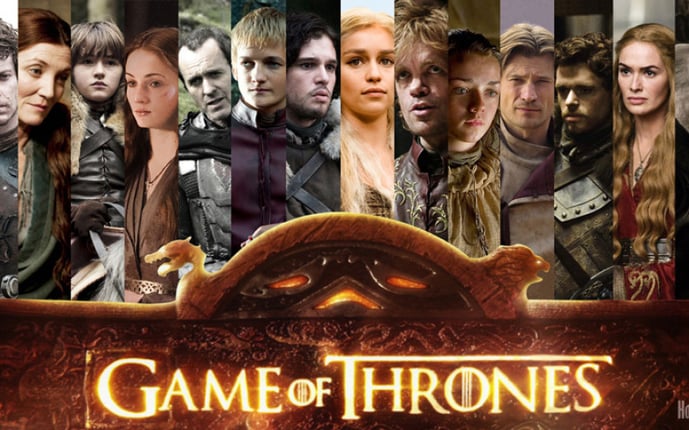 If your office is anything like ours, there’s one topic dominating all others when it comes to water cooler chat right now: which character will prevail in Game of Thrones?

With only a handful of episodes to go before the conclusion of this epic series, there’s never been a better time to speculate as to who will end up taking the top spot on the pointiest chair in the Seven Kingdoms.

Of course, with the hundreds of YouTube videos, blog posts, and podcasts raking over the coals of every single plot development, we’re not here to reinvent the wheel.

Instead, we’re turning our attention to what the show’s fans have to say on social media.

In this post, we’ll take a look at some of the recent trends when it comes to online discussion concerning Game of Thrones, and try to assess how social media users feel about the remaining handful of major contenders for the Iron Throne.

So, warm up one of Hot Pie’s zesty direwolf loaves, and let’s get into it!

A storm of speculation

By any metric at all, Game of Thrones is the biggest smash hit ever seen on television. In the US, 11.8 million viewers tuned in for the season eight premiere, with plenty of fans hosting elaborate viewing parties.

For HBO, the show has been an incredible win, both creatively and financially. However, now that things are winding up, speculation is at fever pitch as to who will survive the final season to wind up as the eventual ruler of Westeros.

Will Jon Snow prevail, or will Daenerys Targaryen take the top spot? How might Cersei manage to hold on to her power? Could the Night King actually win?

We have so many questions!

And we’re not alone either, people around the world have been filling out some truly amazing death pools to guess the last men and women standing in the closing credits. Even bookmakers have offered odds on the eventual victor, with Bran Stark currently in lead position.

So, let’s take a look at what the world is saying about the show on social media.

Popular across the whole Seven Kingdoms

Game of Thrones isn’t just noteworthy for its general popularity - it’s also proven to be a major global phenomenon, with millions of fans around the world.

In the last month alone, there have been over 4.15 million posts about the show around the world, with the vast majority (over 85%) taking place on Twitter.

As expected, the United States leads the scoreboard when it comes to the number of posts, but the rest of the world isn’t too far behind.

Also unsurprisingly, we can see a huge spike in exchanges around the date of the season eight premiere, April 15th. Given fans had to wait over a year and a half for the final season, it’s no surprise there was so much discussion.

Taking a look at the topics mentioned within these 4.35 million posts, it seems there’s a good spread of discussion concerning the major players, with Daenerys Targaryen, Jon Snow, and Cersei Lannister all getting plenty of attention.

One other fascinating aspect to the discussion? The demographic breakdown of those commenting.

Is #GOT more popular among men or women?

While there are more men engaging with others online about the show overall (particularly amongst older generations), there are plenty of women getting involved too.

In fact, for the 25-34 and 35-44 age groups, there are more women than men participating in online discussions:

This shows that, far from being a classic male-dominated fantasy series, the show has a much balanced fan audience in terms of gender. This is just one of the many ways in which the show may have changed the fantasy genre for good.

So, that’s a quick rundown of the online discussion around the show, and what people are talking about around the world.

But when it comes to individual characters, who are people more likely to be rooting for?

Which characters are the fan favorites to win Game of Thrones?

When it comes to Game of Thrones, everyone has their favorites.

Whether you’re all in for Jon Snow, a Daenerys cheerleader, or even a fan some of the more obscure Bran Stark theories, there are plenty of characters to choose from.

So, who gets the most love from social media users around the world?

We can use the Linkfluence Search sentiment analysis tool to figure this out.

To make this exercise a little more streamlined, we’ll focus only five of the main contenders for the throne: Jon Snow, Daenerys Targaryen, Cersei Lannister, Bran Stark, and the Night King.

Who will win the Game of Thrones according to social media

With over 208,000 online exchanges, Jon leads social media conversation by a considerable margin. However, online sentiment towards the character appears to be something of a mixed bag for the King in the North.

The makes sense, as despite some heroic turns for the character, plenty of social media users are a little confused when it comes to the whole incest angle.

This dragon was looking at them kiss like "Jon Snow that's your aunt, boy you wild" #JonSnow #GameofThrones pic.twitter.com/5VU2Qv2Pu7

The situation is a little different for Daenerys, however.

With a little under 63,000 online exchanges, Daenerys trails Jon Snow when it comes to the number of mentions. However, what she lacks in volume, the Mother of Dragons makes up for in the positive sentiment of those commenting.

This won’t come as a surprise to fans of the show, as Daenerys’s character arc has definitely been one of the more hopeful aspects of the story. In fact, more of the show’s fans seem to go all-in for Daenerys than almost anyone else.

ME: Actually, her name is not Khaleesi. That's her Dothraki title. Her name is Daenerys Targaryen.
GUY ON SUBWAY: I didn't say anything

Someone who doesn’t command quite so much loyalty? Cersei Lannister.

Current spiky throne incumbent Cersei Lannister came in at the lower end of the scale in terms of social media mentions, with her number of online interactions at a little over 25,000.

Surprisingly, this didn’t stop her from enjoying a good chunk of positive sentiment.

This suggests that no matter what vile things Cersei might have done, she still enjoys a decent balance of support from fans of the show.

Or is it more the case that her storyline with Lady Olenna simply gave rise to the opportunity for some truly excellent cat memes?

Whatever it is, social media users seem to be capable of looking past Cersei’s negative attributes.

Unfortunately for Bran, we can’t say the same about him.

Bran Stark, or as he now styles himself, the Three-Eyed Raven, was the subject of a little over 47,000 online exchanges in the past month.

However, although he may have the ability to see through all space and time, he probably didn’t see the crushing amount of shade coming his way.

With more than ten times the amount of negative sentiment compared to positive sentiment, Bran Stark appears to be the most derided character of the five.

There are a few good reasons for this, especially given some of the harsh fan reactions to his character’s weird turns over the last couple of seasons.

Even the Mars Rover is piling on the scorn:

And finally, let’s take a look at the reanimator of the dead: the Night King.

The Night King was second only to Jon Snow in terms of overall mentions, with almost 90,000 online conversations focusing on the character.

Strangely enough, despite his nefarious goals, ol’ Blue Eyes seems to have enjoyed a roughly even proportion of positive and negative online discussion.

This could tell us a few things.

It may be that Game of Thrones fans can truly identify with the Night King’s quest to turn the world into permanent winter - especially given the show’s climate change angle.

Or, it could be that the famously bloodthirsty series has traumatized everyone into just accepting such a grisly fate.

So, given all this discussion, who is social media’s ultimate pick to claim the iron throne?

Our verdict: Daenerys for the win

Unsurprisingly, while the largest chunk of discussion on social media seems to concern Jon Snow, Daenerys earns a far greater proportion of positive sentiment. This suggests fans of the show are more likely to support her quest for victory than any other character.

This is reflected in social media users’ deployment of emojis. Naturally, the dragon and fire emojis feature prominently here, as do the crown and the trophy.

Whether it’s her just yet resolute governing style, her ability to torch armies from the sky, or her strong eyebrow game, fans of the show seem to really want Daenerys to prevail.

If you find yourself in this camp, you’ll have to cross your fingers she - and her remaining dragons - survive the next few episodes intact!

When it comes to making sense of social media exchanges, you don’t need Bran Stark, Lord Varys, or Tyrion Lannister on your payroll.

Instead, with social listening tools like Linkfluence Search, you can analyze millions of daily exchanges quickly and easily, letting you track trending topics and stay on top of what’s being said online.

Winter is here, and so is social listening

I hope you’ve enjoyed this tour through the social media discussion on Game of Thrones.

If you’re a die-hard fan, you can be comforted by the knowledge that you’re not the only one obsessed with this show.

Even if you’re not a fan, the millions of social media exchanges concerning the show provide a great demonstration of the utility of social listening technology.

If you’re interested in what our powerful social listening technology can do for your business, get in touch to arrange a demo.